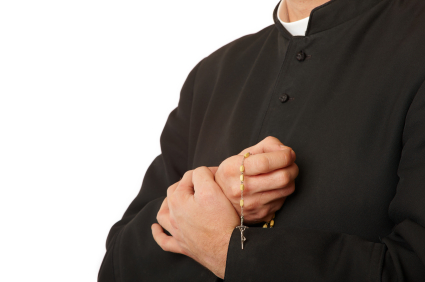 Those of you who actively follow this site's Universal Life Church blog will have seen a couple of posts with the prefix "ULC Topics" in the past couple of weeks. These two posts are the first in a lengthy series that the ULC Ministries staff has been preparing for and thinking about for some time. Every post in this series is meant to educate, inform, and promote critical thinking amongst Universal Life Church ministers.

This series will be a departure from the usual updates concerning marriage laws, news about and of interest to ULC ministers, and wedding officiant tips (among the other topics that appear in ULC.org's blog). They discuss important issues affecting many facets of human society; we take these issues very seriously and believe they are vital for you to read about and consider.

It is important for you to know that the "ULC Topics" blog posts are not an effort on the Universal Life Church Ministries's part to indoctrinate our ministers. We are not looking to form any kind of church dogma or to alter the beliefs, practices, or mindsets of our ministers; feel free to disagree with or disregard what our staff has to say, but please do read these posts.

The following two blog posts have been written and posted on ULC.org's blog thus far. Click on the name of the blog post in order to read it. 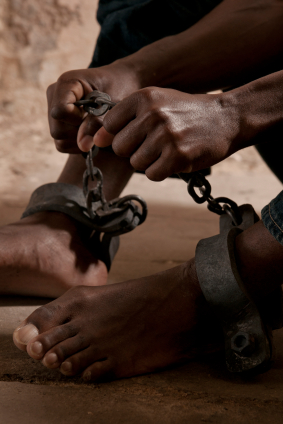 Post #1: The Danger of the Appeal to Tradition- One of the most common logical fallacies states that practices that are common and/or old are inherently superior to other, less old or common practices.

For example, the appeal to tradition would argue that America's current political system (dual-party federalist bicameral republic) is the best for the country because it is the system we've used for centuries and it has (generally) worked well for us thus far. Fault can be found with this statement when logic is applied to it; America has never tried other systems of government, so how can we be sure that we would not be better off under a unicameral constitutional monarchy like the ones used by Scandinavian countries (most of which rank above the U.S. on the Economist's Democracy Index)? We can only safely say that America's current political system is the best after we have tried all of them; our country should thus not hesitate to try a different political system if many/most people think it is time for a change as we may collectively become better off if we do!

Thinking a tradition is good or right merely because it is traditional is very dangerous. This kind of thinking pollutes discussions involving many political, religious, and social issues by influencing opinions in ways that do not necessarily yield the best outcome. Many people who argue against gay marriage, for example, do so because they claim it has no historical precedent. This is a bad argument, even if it were true; who cares what people did in the past if the current world is ready for gay marriage to be legalized?

Note: we are not trying to say that it is illogical to take the opposite opinion as the ones the Universal Life Church has taken in the above examples. Any opinion that is founded in logic and reason is fine by the ULC, even if it diametrically opposes ours.

Post #2: The Value of Religious Diversity - The Universal Life Church firmly believes that America would be worse off if only the Democratic or Republican party occupied all political offices throughout the country. While a political monopoly would probably allow either party to accomplish more than they would under America's current political system, there are no guarantees that an all-powerful political party would take the country in the best (or even the right) direction without having another party to provide potentially constructive dissenting opinions. Having only one political party would also lump all politically active Americans into the same group, regardless of how much they disagreed with that group's policies or felt like they did not belong there.

The same can be said about religion and religious diversity. The beauty of America and all free countries like it is that people have the ability to adhere to any faith system they want to in the absence of a single, state-sponsored one. The presence of many religious denominations serves to strengthen, not divide, America; anyone can find (or, if necessary, create) a spiritual niche that they feel at home in and are free to learn about and participate in other groups' teachings and practices however much or little as they wish. These positive benefits of religious diversity, combined with the fact that refusing to recognize the validity of any faith system but your own mounts to religious elitism, are the reasons why the Universal Life Church Ministries embraces it.

The discussions listed above are only samples of the content from the ULC Topics blog series. As we previously mentioned, these blog posts are meant to be educational and informative for Universal Life Church ministers like yourself. If there is a topic that you feel is particularly relevant and important for your fellow ULC ministers, or something that you would like to know more about, please send it to us and we will be delighted to research, explore, and post about it for you.