This blog post extensively uses analogies that might not make sense to you. If this is the case, chalk your confusion up to writer's error on the Universal Life Church's part but please do not discount the content of this post. 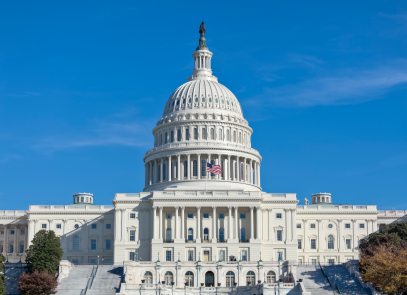 The more partisan ULC ministers will most likely shudder at the thought of an America run exclusively by the opposite party but might rejoice at the idea of their own party possessing a political monopoly. The Universal Life Church would ask these people the following question: would such a monopoly be a good thing, even for those who favor it?

There would undoubtedly be some advantages to a single-party system. The gridlock that currently plagues Congress would presumably end; the party in power would be able to pass laws with ease without anyone to oppose them. America would be able to move, and move quickly, in the direction that the dominant political party wanted it to. But who's to say that this direction would be a good one? Would the one perspective, the lone agenda, the singular mindset of the Democratic or Republican party be able to serve the country better than the current two-party system we have now (or some other type of political system our country has yet to explore)?

Too Much of a Good Thing Is a Bad Thing

Note: this section resorts to generalizations and stereotypes about the policy preferences of both major political parties. Doing so is not meant to offend, nor comment on, either party. Believe it or not, we firmly mean it when we say that "We're all children of the same universe!" 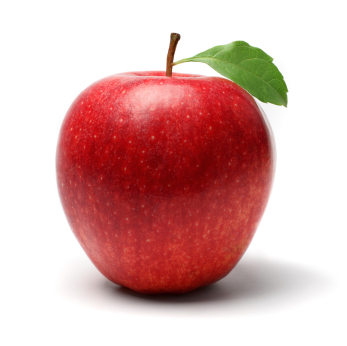 The idiom "an apple a day keeps the doctor away" may be true, but only eating apples every day will necessitate a doctor's visit. Even healthy or beneficial things, like apples, can be toxic if they are not balanced out by other, also beneficial, things. To provide an arbitrary example, a diet of chicken, apples, potatoes, carrots, and milk is far more healthy than a diet of apples.

This analogy is roughly comparable to the topic discussed in the above thought exercise and will be elaborated on the below example.

In a country where Democrats controlled everything, a budget (diet) devoted solely to social welfare programs (apples) would be disastrous for the country (human body). The same can be said about another Democratic budget that only assisted social welfare programs, environmental and clean energy initiatives, and extensive aid to developing countries (a diet of apples, oranges, and grapefruit).

Supplemental policies (dietary needs) that Republicans used to support would need to be accounted for in the above example. A strong military (ground beef) is important for a nation with as many overseas commitments as the U.S., and reductions to the size and scope of government (carbohydrates like bread and rice) might generate some benefits if done in moderation. A blend of policies (dietary necessities) would not be achieved, or not achieved to as great of an extent as would be necessary for the country to be healthy, if only the Democratic or Republican party were in power.

The point of this long-winded, food-based analogy (that was an attempt at humor) is to say that diversity is important in all shapes and forms. The Universal Life Church would argue that the two party system, as frustrating as it might be at many times, is far superior to a single party system. The ULC abhors the thought of the Democratic, Republican, or any other political party having a monopoly over the entire country. The beauty of the democratic system, which America, France, Japan, the United Kingdom, Brazil, Turkey and many other countries throughout the world participate in is that the failures of one party are punished by the subsequent electoral success of one or more others. The same can be said about religion.

Why the ULC Values Religious Diversity 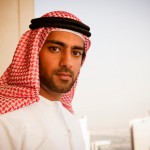 "We are all children of the same universe" is the mantra that the Universal Life Church holds most dear. It espouses the value of diversity in all forms, particularly in religion. The sentiments behind this mantra are the reason why the ULC allows anyone, from anywhere in the world with any kind of religious background, to become ordained online through its website. In addition to believing in the necessity of fair and equal treatment of all religions, the ULC believes that every religion has teachings that are inherently valuable. We subsequently maintain that learning about and perhaps even practicing the things taught by other religions will improve the spirituality of every religion-practicing person.

Therein lies perhaps the largest asset of religious diversity: it presents options to those who are dissatisfied, in whole or in part, with the teachings of their own faith system. Don't like your church's attitude toward violence and war? Adopt the more passive stance of many Buddhists. Unconvinced that the deity of your monotheistic religion should be associated with male characteristics? Perhaps you should research the Neopagan concept of the Triple Goddess and consider how it relates to your personal beliefs.

Differences over social issues can also be addressed by religious diversity. A Southern Baptist might find their church's stance on gay marriage to be abhorrent, and, thanks to the myriad of denominations and religions available in America, they can easily switch to a denomination like Methodism which has a far more liberal stance on the issue. 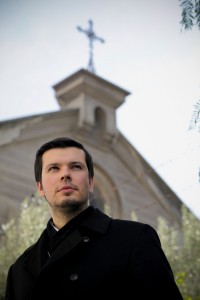 Imagine the opposite of religious diversity; enforced national monotheism. The Universal Life Church asserts that America would be worse off if there was a state religion. What if the Pentecostal church of the snake-handling variety was state-sponsored and all other religions were non-existent in the U.S.? A person dissatisfied with the Pentecostal church's beliefs and practices would feel uncomfortable within the own church, their own religious home, the very place they should feel most in tune with their god(s). A lack of options would prevent this person from finding someplace that more adequately suits them.

A country with only Christian denominations would be better off, though still far from perfect. The aforementioned person who is uncomfortable with the snake-handling at his local Pentecostal church could simply give the Baptist church down the street a try in order to see if their practices and customs were more to their liking. If the Baptists don't have what they want, a nearby Lutheran church might. This fictional country would be obviously be ideal for Christians, but still uninviting for non-Christians.

A country that opens its doors to all religions and treats them equally and fairly, as America and many other countries around the world do, is infinitely superior to the two examples mentioned above. In addition to the aforementioned benefits of blending religions, such a country would truly be one where "all men are created equal," as the Declaration of Independence asserts.

To summarize the above, the Universal Life Church does not advocate syncretism (though it is not opposed to it in the slightest) through the mantra "We are all children of the same universe." Instead, we are arguing in favor of the value of religious parity and diversity so that every religious person feels at home in their country and is free to practice what they want. This should, and fortunately does, exist in America just as racial parity and diversity does.

There are branches of the Universal Life Church and other online churches that will only allow practicing Christians to get ordained through them. These online churches claim that the only true religion is Christianity and that all others are inherently false. One ULC even asserts that "All religions do not lead to God. JESUS ALONE DOES."

Given all that has been said above, you should not be surprised to learn that the ULC Ministries believes that these policies are ridiculous. Any online church that places one religion above another, or only allows one class of religious people to get ordained through them, is a practitioner of religious elitism. They look to form an exclusive club, or to force all others to believe as they do; these agendas are flagrant violations of religious diversity and equality and are thus inherently un-American.

It is the responsibility of Universal Life Church ministers everywhere to oppose sentiments like these whenever they are encountered. You elect to become a champion for (or at the very least be open to) religious diversity when you become ordained online through the ULC, and we want to hold you to that promise. Please keep the words of this blog post in mind the next time you hear someone assert that America must belong to a particular religion; they are wrong on several counts, and you now know how to show them why.