Legal Status Of The ULC Ordination 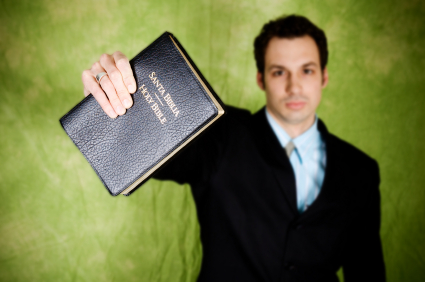 The ULC Ministries staff frequently receives questions about the legality of its online ordinations, and we can't blame the people who ask these questions for being a little curious or even apprehensive about them. Our best answers for the most commonly posed queries about our online ordinations are listed below; please read them to allay any fears you may have about whether or not yours will be legally recognized.

Is an ordination from the Universal Life Church legally legitimate?

It is. The Universal Life Church is an independent online church with an international membership numbering in the millions. The ULC Ministries is registered as a non-profit corporation in the State of Washington, and as a foreign corporation in eight other states, like all conventional churches must do. Therefore, it enjoys identical standing to all other churches, including the legal ability to confer online ordination on women and men across the globe who wish to become ordained.

That makes sense, but what is the exact source of the Universal Life Church's legitimacy under the law as a church entity?

In a 1974 case, the ULC sued the government of the United States after the church's tax-exempt designation was challenged. In addition to ruling on the main questions posed by the lawsuit, the judge also weighed in on the topics of the status of independent church entities and mail-order ordination. The ULC is in no way a Christian ministry, but it greatly furthered the interests of non-traditional religious organizations by litigating and ultimately winning this case.

The decision in the case included several key findings. The court noted that an Honorary Doctor of Divinity degree represents a religious title only and does not connote a specific level of academic achievement. Therefore, the opinion continued, the title can rightly be conferred by churches and religious entities like the plaintiff, the Universal Life Church. This remains true as long as the issuance of such titles is made pursuant to some form of education on the denomination or organization's overriding principles. According to the opinion, the statute at issue did not speak to honorary titles bestowed for the purpose of recognizing merit or for some other purpose.

The court proceeded to tackle the question of whether ordination, the act of establishing church charters or the granting of honorary Doctor of Divinity titles constitute significant acts not in furtherance of religious purposes. The court's opinion contained several pertinent findings.

The court found that ordination of individuals and the granting of church charters are clearly acts typically carried out by religious entities. Further, the opinion stated that the ULC's distribution of ministerial credentials and honorary Doctor of Divinity documentation was not determinative of its status. The court found that those actions "may be analogized to mass conversions at a typical revival or religious crusade." This statement effectively showed that the court believed the actions performed by the ULC were equivalent to those performed by conventional churches, and thus it should be viewed as legally no differently than them.

Perhaps the most important part of the decision is the portion that provides assurance to those who get ordained remotely that their credentials enjoy full legitimacy under the law. The court stated that neither it nor any other arm of government would "consider the merits or fallacies of a religion" or engage in a comparison between newer religions and older ones. This meant that no government body or agent has the right to say what constitutes a religion and what does not. The court also declined to "praise or condemn a religion, however excellent or fanatical or preposterous it may seem." The opinion went on to state that for the court to engage in such activities would to "impinge upon the guarantees of the First Amendment."

Therefore, anyone who decides to become ordained through the church can have full confidence in the legitimacy of their ordination under the law.

I have not received anything resembling formal documentation of my online ordination. I was ordained and received an e-mail confirmation of the fact. Is this legally sufficient?

Those who get ordained with the intention of performing marriage ceremonies are discouraged from attempting to register with county clerks using just the e-mail confirmation notice they have received. This is because many officials remain unaware of the legal legitimacy of online ordinations, and the confirmation notice may not be accepted. Therefore, when it comes time to perform marriage ceremonies, it is wise to get in touch with the relevant county clerk and both confirm their acceptance of your ordination or ask what type of documentation they require before a license will be granted.

You may need to provide an ordination certificate, letter of good standing or affidavit of authority in order to receive county approval to preside over a marriage ceremony. All of these items are readily available through the Ministry Products page.

Have questions about the legality of the ULC ordination that aren't answered in this blog? Contact us with your queries and we will be delighted to answer them.

The last sentence of this post reads "All of these items are readily available through the Ministry Products page at www. ." It might be even better if a valid hyperlink was provided.

Just mentioning that it looks like they took your advice so good catch!