About the Universal Life Church

The Universal Life Church (ULC) is a non-denominational religious organization that brings together people from all walks of life. We embrace individuals across the spiritual spectrum; anyone who wants to join our body of faith is welcome to do so. Further, the ULC is proud to open its doors to all people, regardless of gender, sexual orientation, race, ethnicity, or any other defining characteristic. Since the organization's founding, we've provided legal ordination to over 20 million ministers worldwide.

The ULC has only two core tenets that ministers must uphold:

The ULC champions religious freedom, social justice, and spiritual expression. We never waver in our conviction that performing spiritual duties is a right that all should share, and we will always stand up for our minister-members in this regard. Furthermore, we’ve made it our mission to spread these freedoms far and wide, empowering people of all walks of life to take up the work of ministry on their own terms, and in ways that make the most sense for them.

Whether that means worshipping one God, or many gods; whether you choose to perform one spiritual ceremony a year or twenty – we stand with you. In short: the ULC welcomes you just as you are, whoever you are and hopes to empower you to explore your faith however you see fit. 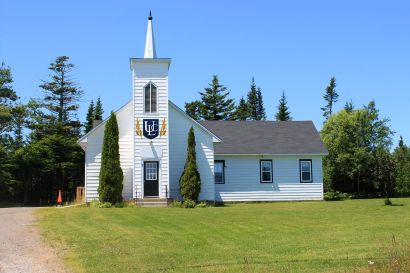 Our church seeks to create a large tent for people of all different spiritual beliefs and backgrounds to thrive beneath. This peaceful coexistence of faith traditions is dependent upon certain founding ideals that guide everything we do. For example, by rejecting the strict rules and requirements common among more traditional religious organizations, the ULCM encourages people to pursue their own spiritual paths – free of unwanted impositions.

This means welcoming members from across the spectrum of spiritual beliefs, whether Jewish or Atheist, Christian or Hindu, Muslim or Pagan. The ULCM very intentionally has no hierarchy, nor does it ask its members to follow arbitrary demands for the sake of tradition, such as taking religious tests. Our belief is that everyone is equal, and it’s important to treat people that way.

Woven into this guiding belief is the wider battle for equality and justice the ULC has been proud to spearhead. The Church has secured crucial wins for religious freedom by standing up for its members and demanding the rights bestowed upon them are fully recognized.

ULC ministers were also closely involved with the movement for marriage equality and were proud to officiate some of the first same-sex weddings following that important victory.

The Future of the ULC

We plan to continue to ordain ministers to empower people to take control of their own spiritual life. The ULC also fights for the rights of its ordained ministers to ensure that everyone has the right to religious freedom. The battle to ensure that people in all 50 states are allowed to become ministers never ends under the United States' antiquated legal system.

Our ministry will also continue to support marriage equality and fight for the rights of people to marry any individual they choose. Obergefell v Hodges was a major victory, but those freedoms won should not be taken for granted.

Celebrating love is a great way to keep this top of mind. For example, in December of 2012, the Universal Life Church hosted a first-of-its-kind mass wedding event for members and ordained ministers of the ULC. At this "December to Remember", 20 couples — both gay and straight — were joined together in matrimony in front of their universal family.

We hope to provide a voice to those whose freedoms are being violated, not only in the United States, but around the world. We would love to have you join us in our quest for universal peace, because it's only in our togetherness that positive change can be achieved.

We are all children of the same universe.

The ULC supports many organizations that work for oppressed or underrepresented individuals. We are very proud of the work and victories that we've helped to win in areas such as religious freedom and the legalization of same-sex marriage. We are proud to donate to these causes and help be a force for change. In line with our motto that “we are all children of the same universe,” the ULC supports a range of charitable organizations that strive to make the world freer and more equal for all of Earth’s citizens.

ULC in the Press

Becoming a minister of the Universal Life Church Ministries is a proud achievement, and we’ve been thrilled to see many of our ministers’ stories featured in news publications. These headlines showcase the wide range of backgrounds found in ULC membership – from celebrities with household names, to regular people who choose to be leaders in their own communities.

Legal Battles Won by the ULC

Over the years, the Universal Life Church has made it part of its mission to defend the rights and freedoms of its ministers. And with those efforts have come many important victories! By choosing not to back down and to fight for that which is right, the ULC – and its ministers – have helped to secure a better future for all who value freedom and equality.

We hold no deity (or deities) over another – in our view, all belief systems are equally valuable. In fact, our researchers have determined that all of the faiths in human history are, over time, condensing into our one universal faith. Furthermore, as a member of the ULC, there are no loyalty tests or rings to kiss. We never demand allegiance from our members, and we eschew the tithing practices used by most traditional churches.

For Our Ordained Ministers

Although some people get ordained in order to perform weddings for friends or family members, there is a lot more to being a ULC minister than simply officiating weddings. We offer a whole host of resources to help our ministers better understand the many options available to them. In addition, anybody that requires a minister for their event can use the Find a Minister tool on Get Ordained™ to search for a minister that is best able to suit their needs. ULC ministers frequently celebrate baptisms, officiate at funerals, and become leaders of faith in their own communities. Here on our website, ministers can find:

Our Newsletter: The Visionary

The Universal Life Church Ministries is proud to regularly publish a newsletter focusing on the latest developments around topics like religion, marriage, and culture that all our ministers are eligible to receive.

If you haven’t yet subscribed, you can do so here: https://www.themonastery.org/newsletter

A December to Remember

In December of 2012 the Universal Life Church hosted a first-of-its-kind mass wedding event for members and ordained ministers of the ULC. The historic Sanctuary building in West Seattle was outfitted for a crowd of hundreds, and ULC brothers and sisters from around the globe flocked to the celebration. At this "December to Remember", 20 couples — both gay and straight — were joined together in matrimony in front of their universal family. The event was initially planned to celebrate the legalization of same-sex marriage in Washington State, but — like the ULC — was open to people of any sexual orientation or specific ideology. The chain of weddings started at 10 AM and the celebrations carried on throughout the day and into the night! The event was a testimony to the power of love and the triumph of our universal brother and sisterhood over all else. The couples weren't charged anything for their use of the venue, and their guests were provided with complimentary food, drinks, flowers, and cake sponsored by the Universal Life Church Monastery and its partners in the event — Foodz Catering, The Sanctuary at Admiral, and JB White Entertainment Services.