The ULCM commends New York on their efforts to ensure marriage equality for all citizens by passing legislation legalizing gay marriage!

This bill marks the passage of same sex marriage in the largest state thus far; New York is the 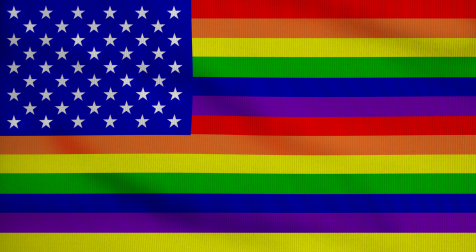 3rd largest state in the union with more than 19 million people. Furthermore, this brings the total percentage of Americans living in places where same sex marriage is a protected, legal right to more than 11%.

New York passed the legislation despite having a Republican majority in the Senate. This was made possible by Governor Andrew Cuomo who orchestrated the bill's successful trip through legislature. Cuomo went to great lengths to garner support from three Republicans, Senators Alesi, McDonald and Grisanti, who were from upstate districts that heavily supported the bill. Though narrow, opponents were defeated 29 to 33 in a late night vote in Albany.

Senator Roy McDonald, who presides over the 55th congressional district, was the most outspoken renegade Republican advocate for the marriage equality bill announced his support for it. (And his dissent from his party) In a refreshing departure from partisan politics, McDonald was quoted as saying, "I'm tired of Republican-Democrat politics. They can take the job and shove it. Fuck it, I'm trying to do the right thing." Senator Grisanti, a freshman member of the GOP voted yes because he feels it is wrong to deny people their basic rights.

This decision is also monumental because it does not include a residency requirement. Gays and lesbians from across the country are able to flock to New York to get married and will be able to receive a legal marriage license which will be recognized as a legal marriage certificate in both Rhode Island and Maryland even though those states do not issue such licenses. This means that from Niagra Falls and Hudson River villas, to the boroughs of Manhattan, willing wedding sites can expect increased tourism revenue from same sex couples who are looking for a romantic wedding.

This bill is a monumental victory for marriage equality advocates nationwide while avoiding upsetting religious organizations. The bill created language specifically to protect tax exempt groups that do not agree with the idea of broadening the institution of marriage; they are allowed to deny service to these couples.

Much of the opposition to the bill is centered around protecting religious organizations who do not agree with the changes, as opposed to an argument that gay marriage is fundamentally wrong. Senator Ball, a Congressman from the financial district of New York City told Anderson Cooper that these protections did not extend far enough. He wanted to see protections for individuals and businesses, not just religious institutions, which had moral objections to gay marriage to be protected when deciding not to serve these couples as well.

Many groups lament this "inservability clause" as they argue that it does nothing more than purvey the discrimination and marginalization that the bill sought to eliminate. However, it is necessary. Forcing churches and organizations to allow gay marriages to be held in their halls will not lessen the tension surrounding the issue. The ULC Ministries would like to take this opportunity to welcome all who feel called, and all who see no objection, to become legally ordained and be a minister who performs same sex marriage services.

The ULC Ministries has been a marriage equality proponent since the day our doors opened. We believe everyone should have the right to get married to the person who they love. We also want to be a resource for the gay community. From offering free ordinations, to providing package specially designed to navigate the complicated marriage laws of New York state and City, the ULC Ministries is here for the gay community.

Further, we do offer A Legal Guide for Lesbians & Gay Couples by Attorneys Clifford, Hertz and Doskow in our bookstore.