The Sikhs and COVID-19 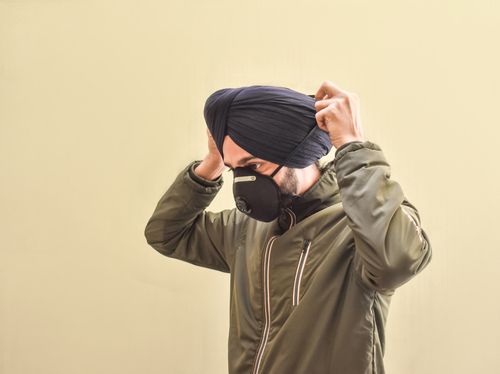 COVID-19 outbreaks have produced a variety of responses from religions of all kinds. Not a group to be overlooked, people of the Sikh faith have made impressive efforts to offer help to those suffering due to the virus. It is estimated that only around 500,000 Sikhs reside in the United States, but this centuries-old religion is much larger worldwide. The values and traditions of Sikhism have created a group that is well-equipped to respond to the crisis with compassion and dedication.

Who Are the Sikhs?

Encompassing around 30 million people worldwide, Sikhism is the fifth-largest religion in the world. It was founded in South Asia in 1469. Today, a large number of this population still reside in India, though the religion has spread to other parts of the world.

The Sikh faith is based on central beliefs and values, including service to one's community and respect for the divine nature of the world and everyone living in it. Both men and women live by central traditions that direct how they dress and present themselves every day. These rules, or articles of the faith, are as follows:

Sikhs are also known for wearing turbans, a symbol that is meant to serve as a reminder that all people are equally divine. All of these items are important and are considered divine gifts.

In addition to valuing love and justice, service is a vital part of the Sikh faith. One way that practicing members demonstrate this is by working in the health care industry. Recently, this has become an increasingly difficult job, as COVID-19 has created complications for health workers of all kinds.

One unfortunate example of the struggle that has taken place for Sikh doctors in particular was when two Canadian Sikh doctors had to choose between shaving their beards or not being able to treat COVID-19 patients — the beards interfered with their ability to properly wear protective masks. The two men chose to shave, a very difficult decision that allowed them to practice some of their religious values but still conflicted with others. The response by the Sikh community has been to work harder to find and provide alternative forms of facial protection that allows health care workers to fulfill their duties while also upholding all pillars of their faith.

On a more positive note, Sikh communities have offered answers for how best to get food and resources to people in need during the pandemic. Providing people with nourishment during difficult times is a traditional part of being a Sikh. Because of this, they have been well equipped to feed large groups, with over 100,000 being served on the daily. Recent circumstances have led to members mobilizing to take food to the people who need it rather than having people gather around them. Their methods are impressive and could be an inspiration for efforts to provide aid in all corners of the world.

Helping Those in Need

Sikhism is a religion that is rich in traditions and values. As with any group of people, they have been faced with new challenges during the global pandemic. The situation has led to some difficult decisions, but it has also allowed the Sikhs to do one of the things they are best at: serving the communities of people around them. They have provided protective gear to healthcare workers and given food to those with limited access, and they continue to work to provide relief and offer aid to those around them.

Astronomy a forcible overthrow of a government or social order, in favor of a new system. "the country has had a socialist revolution" riot strike act of resistance single turn roll round Broadcasting broadcast (a program) on radio or television. "the programs were aired on India's state TV network" around at large brewing in the wind doing the rounds the free or unconfined space above the surface of the earth. "he celebrated by tossing his hat high in the air" the earth's atmosphere as a medium for transmitting radio waves. air considered as one of the four elements in ancient philosophy and in astrology (associated with the signs of Gemini, Aquarius, and Libra)."an air sign" a breeze or light wind. expression refrain divulge "to go and air myself in my native fields" feel elated.