The Shooting of a Buddhist Monk in North Carolina 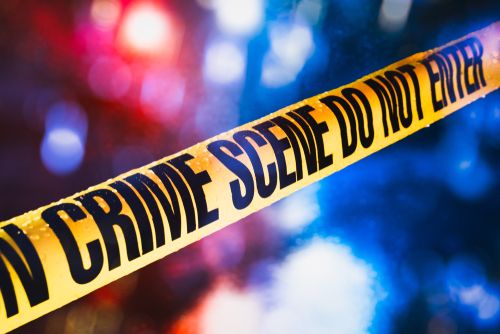 Five months ago, on Saturday, July 18, a Buddhist monk in a temple in North Carolina was shot and killed. The bullet that killed him was fired from outside and hit him after going through the wall of the temple. Whether this tragedy was an unfortunate accident or an intentional crime remains in question. The investigation into the shooting is still open as police try and piece together exactly what happened.

What Happened to the Monk?

The victim, a monk named Tam Dinh Tran, was kneeling in the temple when the bullet hit him. Another monk found him hunched over in the prayer position. Initially, the only sign that something was wrong with Tran was the blood streaming out of his nose. Suspecting that it was a medical emergency, the monk called 911 for help.

First responders arrived at the scene and attempted to administer CPR. As they tried to resuscitate him, they discovered the entry point of the bullet. Unfortunately, they were unable to save Tran, who was later officially pronounced dead. No one else present at the temple during the time of the shooting was injured.

Where Did This Take Place?

The Chua An Lac temple is a Buddhist place of worship located in High Point, North Carolina. The shooting occurred on a Saturday evening, not long before a group of people would have arrived for services. After the incident was reported to police, the temple and the area surrounding it were canvassed for evidence. Little was found that indicated why a weapon had been fired at the structure.

Was the Shooting an Intentional Act of Violence or an Accident?

Tensions in the United States are especially high, and there may have initially been concern that the shooting of a monk at a temple may have been a hate crime of some form. While the situation is a tragedy, it seems that the shooting of Tran was likely unintentional. The bullet that hit him came through the wall of the temple and was apparently a stray bullet fired from outside. It is unlikely the praying Buddhist was targeted in this way on purpose, though further investigation is still needed.

During investigations into the shooting, police found two bullet holes in the wall of the temple and a bullet that had stuck in the structure on impact. Two bullet casings from a handgun were also discovered near the scene. The official statement made by investigators was that they didn’t have “any information to suggest the monk or the temple were intentional targets of the shooter.” Some speculation was made that the bullets could have come from the nearby highway, possibly as a result of occupants of one vehicle firing upon another. While this is a possibility, as of now there is little solid evidence to support the theory.

Who Is Responsible for the Death?

Police have no clear information on who is responsible for the death. The bullet that killed Tran was found during an autopsy. It had hit the monk on his right side, entering his chest and killing him shortly after. While police are calling for anyone with information to come forward, it is unclear whether the responsible party will ever be brought to justice.

Tam Dinh Tran was killed in what was most likely an accidental shooting at the Chua An Lac temple in North Carolina. While the monk was kneeling in the prayer position, the bullet came through the wall and entered his chest. The case is far from closed and police have few leads on who may have been responsible for this tragic incident. Thankfully no one else was injured and the shooting seems to have been an isolated event.

Aces B. Religion father Deh to you, bread, Tuff sub, religion Diaper srew Fed To strech All Religion Fudge tin Bulbs.com " he led the ace and another heart" ( in card games) play ( the first card) in a trick or round of play. a curved stroke in handwriting.

schizophrenia? I cannot seem to decypher this word salad.