COVID-19 Has Been Largely Avoided in Some Buddhist Countries 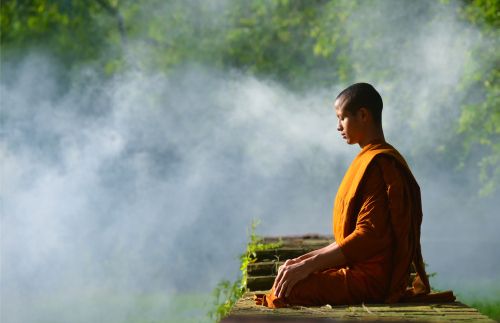 Thailand, Cambodia, Laos, and other countries in Southeast Asia are known for their largely Buddhist culture, but over the course of 2020, these countries stand out for another reason. They have all shown surprising resilience in the face of the COVID-19 pandemic. Far from being the wealthiest of nations, these countries have still experienced some of the lowest rates of infections and deaths related to the virus. Researchers are questioning whether this may be due to traditions related to the Buddhist culture that are prominent in these areas.

Based on the geographical location of places such as Thailand, Vietnam, Cambodia, and others in Southeast Asia,  it seems almost impossible that they would be able to avoid extreme outbreaks of COVID-19. These countries are not only located in close proximity to China, the origin of the pandemic, but they are also dangerously near India, a country that was experiencing some of the worst numbers of infections in the world.

Despite this seemingly unfortunate location, these places have had shockingly low cases of COVID-19. This raises several questions. Not only do many of the Southeast Asian countries have close ties to China, but most are not very wealthy. One early theory was that widespread test results from these countries may have been unavailable. While this may have accounted for some of the low numbers of cases, it doesn’t change the fact that there are not many sick people in these areas. If an outbreak existed, it would still be very apparent to observers, and yet it seems that the numbers of COVID-19 cases have remained shockingly low.

How Have These Countries Protected Themselves?

There are a couple of theories about why these countries may be thriving despite their frequent interactions with China and relatively low levels of national wealth. One idea is that the culture may be an advantage. An example of this is the wai, a greeting in Buddhist culture that is similar to a bow. Instead of making contact through hugs or handshakes, saying hello with a wai is socially distant. People in these areas have also been quick to adopt masks, as wearing them was not unusual in that part of the world.

Another idea is that people in these countries may be more genetically predisposed to fight off the virus. Different theories have also been discussed on a country-by-country basis. Thailand, for example, is known for being a health-conscious country that is a hotspot for medical tourism, and Vietnam has a government that has strictly enforced travel bans and other restrictions. The fact that all these countries are in the same area, however, suggests that there are larger underlying reasons.

What Does the Future Hold?

Just like other countries, those in Southeast Asia have gone through different levels of concern about the virus. Many of them were quick to respond to the situation due to their close proximity to China. However, despite their current success, the future remains uncertain. Many of these areas have internal issues or are hotspots for travel from all over the world, which may put them at greater risk as time goes on.

Thailand, Cambodia, and others have baffled observers by remaining relatively unscathed by COVID-19. While all of them have experienced some cases, none have had numbers that come close to the level that is being experienced by much of the world, including giant neighbors such as China and India. Whether it is the Buddhist culture or another underlying reason for their low case numbers, they may potentially serve as an example for how other areas could handle the virus.

there are many factors why Buddhist countries have low covid cases one because they bow as a greeting and goodbye. they eat healthy foods .they practice physical fitness plus the mountains protect them and keep the air from rising due to the cold weather.

that was a pretty interesting read