Why Get Ordained as an Interfaith Minister? 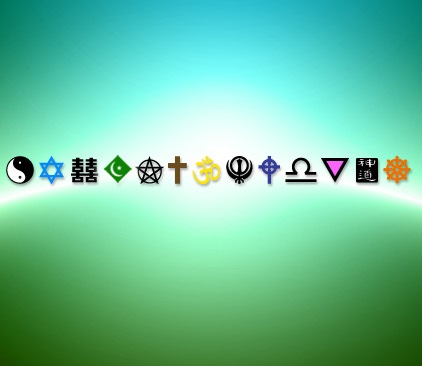 By facilitating interfaith ministers through its open ordinations, the Universal Life Church (ULC) has helped to establish crucial avenues for dialogue and cooperation between diverse religious traditions. In this era of religiously-inspired conflict, the ULC's interfaith mission is more important than ever.

The ULC was founded as an ecumenical and broad-based organization, and a central belief that members should do "what is right." This is vastly different than more traditional churches that encourage uniformity of belief, occasionally to the extent that free thinking or spiritual progress that challenges the narrative of the hierarchy. One advantage of churches of this kind is that they have a more extensive history and have carved a niche in society and people's minds. This might naturally lead one to wonder what benefits a newer structure such as an interfaith church can bring.

All over the world, old-fashioned religious doctrines are giving ground to post-modernist worldviews. Nonetheless, even people who reject the polarizing dogmas of traditional religion still seek spiritual guidance and ministry in their lives. For example, couples with backgrounds in two different faiths may have overcome the restrictions of their families' beliefs and found love together despite their differences; a ULC minister can perform a wedding ceremony that respect both traditions and bridge the divides between them. Same-sex couples turned away by less tolerant religious groups may also seek out an interfaith minister to conduct their wedding ceremony.

Dialogue between religions is another reason to get ordained in the Universal Life Church. Homogeneous religious groups shape believers' identities in important ways, but they may create a closed-off environment from which other viewpoints are forbidden. Interfaith ministry can help break down these walls by facilitating discussions between different or opposed religious traditions. Interfaith churches and their ministers can create forums for these dialogues by establishing a safe space in which different traditions can express their views respectfully and without fear of condemnation.

Interfaith forums of these kinds can change the public profile of religions in which the loudest fundamentalist voices have dominated. When more moderate members of these faiths have a space in which to speak their minds to others within and outside of their own tradition, there is a better chance that they can take some of the spotlight away from the extremists who always grab the headlines. An ordination from the ULC can be the beginning of a career facilitating this kind of communication.

Diversity, rational discourse and cooperation are crucial for a thriving and prosperous society, and interfaith communities are important vehicles for these notions. To get ordained as an interfaith minister means to become an advocate for these values, and the Universal Life Church continues to provide a path for such aspiring defenders of religious tolerance and spiritual diversity.