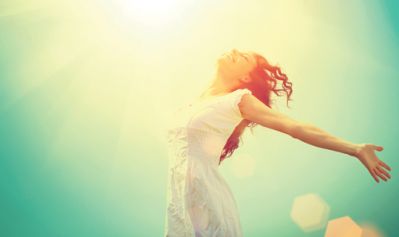 If you haven’t been feeling particularly happy about yourself and your life for a while and just can’t seem to get that joie de vivre back that you used to have, try becoming religiously affiliated. Before you turn up your nose and smirk at what may sound like an outrageous suggestion, you should know that a recent Pew Research Center study found that people who maintain a religiously active lifestyle are not only happier than those who don’t but also engage in civic matters more often.

The international study divided participants into the following three categories:

Whether in the United States or abroad, study results found that religious affiliation clearly enhanced not only a person’s level of self-described happiness but also his or her self-described level of civic participation. For instance, in the US, 36% of people in the actively religious category described themselves as “very happy,” as compared to 25% of people in the other two categories combined who described themselves that way.

Researchers speculate that results such as the above may suggest that in countries like the US where religious affiliation continues to decline, happiness and civic engagement likewise continue to do so. If so, this poses a substantial risk for declining levels of personal and societal well-being in these countries.

Unlike in the areas of happiness and civic engagement, however, the Pew study findings showed a considerably more mixed bag when it comes to health issues. While religiously active people tend to drink alcohol and smoke cigarettes less than people in the other two categories, this does not necessarily translate into overall health. In fact, researchers theorize that abstaining from these particular behaviors may be more of a reflection of the fact that many organized religions view such behaviors as sinful.

Pew researchers admit that further study is needed to determine the exact connection, if any, between religious participation and happiness, civic engagement, and overall health. They definitely are not prepared to say that active religious participation is directly responsible for the high levels of happiness and civic engagement reported. It could be that certain kinds of people tend to participate in multiple types of activities, both religious and nonreligious, that provide them with physical and psychological benefits, fulfill them, and bring them happiness and a sense of well-being.