The ULC and gay marriage in Washington State 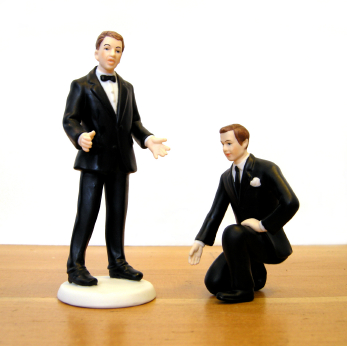 The governor of the State of Washington, the state where the Universal Life Church Ministries is located, has begun an impassioned push for gay marriage. As we have indicated many times before, the ULC firmly supports marriage equality everywhere and is thus excited that gay marriage may soon arrive in our home state.

Gay men and women are far from persecuted against by the State of Washington. Washington domestic partnership laws allow gay couples to be married in all but name; the privileges extended to them by the state through these partnerships mirror those given to married couples. Despite this near-equal treatment, Washington governor Christine Gregoire believes that the state has not done enough for gay rights.

"Some say domestic partnerships are the same as marriage," Gov. Gregoire said. "That's a version of the 'separate' but equal argument of (America's) past."

"For all couples, a state marriage license is very important," she said. "It gives them a chance to enter into a marriage contract in which their legal interests, and those of their children, if any, are protected by well-established civil law."

The ULC Ministries couldn't agree more. We are proud to have fought for gay rights and marriage equality in the past, and we eagerly look forward to taking part in the upcoming push for legalized gay marriage in Washington State in the near future.

Our online-ordained ministers should know that they are more than capable of contributing to the marriage equality cause. Time and monetary contributions to gay causes are helpful; raising awareness through conversation with those who are unsure of - or disbelievers in - gay marriage is valuable as well. Our ministers should also remember that when marriage equality is achieved in Washington (and beyond!), our ministers will be called upon to perform gay marriage ceremonies because, let's face it, conventional clergy are not likely to be willing or able do so. Those who are not currently ordained can thus do a great service to the gay community by getting ordained through the largest online ministry in the world, the Universal Life Church Ministries.

To read more about what our online ministry has done for gay marriage, please read this blog post about our support of gay rights or learn about our trip to New York City last summer to attend a gay marriage event called the Pop-Up Chapel.