The Rise Of the Non Denominational Church 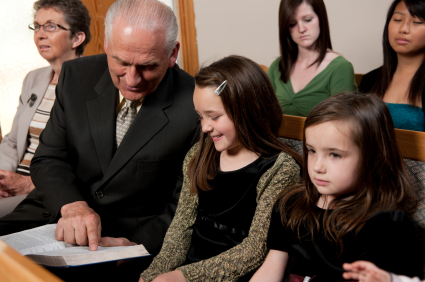 Christianity has been divided by denominations for centuries. However, a recent trend has appeared where spiritual Christians are choosing to discard those divisions in favor of non-denominational churches. In 1990, fewer than 200,000 Americans claimed non-denominationalism as their religion; by the year 2008, that number had grown to well over 8 million. What sparked this trend? Why, after centuries of division into separate and autonomous denominations, have so many Christians begun drifting away from the separations that have served to define their faiths?

The trend toward nondenominationalism isn't entirely surprising, considering that our culture as a whole has shown an increasing tendency toward acceptance and tolerance; non-denominational churches often follow a policy of accepting followers from a wider range of religious backgrounds. Freedom from strict church doctrine and adherence to often outdated ritual often attracts younger parishioners; lack of labels often draws people who feel they have been labeled as outcasts or undesirable by societal norms. With an increasing number of interracial and intercultural marriages, frequently between two people of differing religious beliefs, the diversity often found within a non-denominational church can be very attractive to those who don't feel comfortable in the old, conventional religious groups. Many people claim that they find more spiritual fulfillment in a church where Christians of any denomination are welcomed.

There is also argument that the Christian church was always meant to be non-denominational. There are no such divisions within the Bible itself, certainly; a passage from Paul's letters to the Romans in the New Testament claims that the Bible offers salvation to everyone who believes in it. Others argue that the church was always supposed to be united under God, rather than divided into different sects. These people claim that each sects' history, traditions and beliefs serve to distract from the messages and moral principles espoused by Christianity, and thus do more harm than good. Many of the tenets of these denominations have no roots in the Bible at all, but rather in tradition and decrees by their governing bodies, or principles held by their founders.

The most literal analysis of the word "denomination" shows that it is the very definition of division. In fact, this is how Merriam-Webster's online dictionary defines the word. It could easily be reasoned that, by their very nature, denominations promote division among a religion that is supposed to be united, as one, under the same God. Even as far back in history as the sixteenth century, there were people like Martin Luther, the theological scholar and founder of the Protestant reformation, who believed that the existence of denominationalism went against biblical purposes. With this in mind, it can hardly be surprising that Christians today can read the Bible and follow the same logic that Martin Luther himself did; it is possible to be a true Christian without wanting to participate in denomination rituals and politics. While it is true that many denominations were founded in good faith and with the best of intentions for following the word of God, the draw of non-denominationalism may very well be not only its tolerance and acceptance, it may be its foundations in the nature of Christianity and the Bible itself.