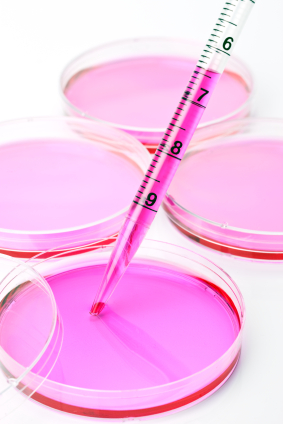 Like the controversial "moral" issues of abortion and gay marriage, the debate concerning the usage of stem cells is not likely to subside any time soon. The argument pits two deeply-entrenched parties with firm ideologies who have no intention of backing down.

The crux of this heated argument is derived from disagreements over the ethical ramifications of gathering stem cells from artificially-created human embryos. This stem cell creation process involves fertilizing human eggs in a lab environment and nurturing the fertilized eggs as they develop into sizable (yet still very small) embryos. While embryonic stem cells are highly useful due to their ability to differentiate into any type of cell, which allows them to treat degenerative diseases and severe tissue damage, the embryos they are derived from are invariably destroyed in the creation process.

Elements of the religious community find this embryonic destruction problematic. Like with abortion, many devoutly religious individuals are adamant that the destruction of unborn human "life" is heinous, even if the human beings in question are little more than collections of cells. Because conception is the sole prerequisite for life from this viewpoint, regardless of the living being's lack of a brain, heart, or even limbs, harvesting and destroying fertilized eggs is no better than doing the same to fully-developed adult human bodies.

Many Americans disagree with these moral-bound sentiments by pointing out that embryos really only possess the potential for life, due to the fact that they are not viable organisms in themselves, and that the embryos from which embryonic stem cells are harvested are no more complex or closer to life than a human skin cell. This perspective generally employs a strong "utilitarian" standpoint: the benefit from farming these cells for sake of medicine far outweighs the any moral dilemmas which arise from doing so.

It is important to note that not all stem cells are derived from human embryos, so there may be a way to utilize stem cells without worrying about nagging ethical concerns. Amniotic, induced pluripotent, and adult stem are also undifferentiated cells which possess qualities similar to those of embryonic stem cells. Stem cells like adult stem cells are reputed to be able to treat medical conditions because of their ability to naturally differentiate themselves into cartilage, bone, or muscle cells.

Perry, a sufferer of chronic back pains, elected to be a test patient for an expensive experimental medical procedure on July 1 involving adult stem cells.

To prepare for this procedure, Houston surgeon Dr. Stanley Jones used liposuction to remove fat tissue from Gov. Perry's leg which was then grown in a culture for several weeks. RNL BIO, the company which owns the lab where Perry's cells were cultivated, is owned by a South Korean veterinarian and is best known for the commercialized dog cloning and "stem cell tourism" services it offers.

Despite having never previously performed an analogous procedure, Dr. Jones was able to successfully inject the stem cells into Gov. Perry's back and hopes they will assist with his patient's recovery. 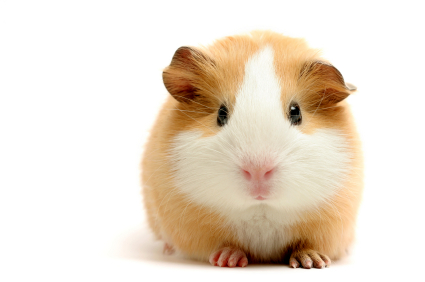 Perry has long been a supporter of stem cell research involving adult stem cells, so many believe his willingness to be a test subject for this relatively new and untested field of medicine is an attempt to "put his money where his mouth is." He believes that adult stem cells can provide the medical benefits of their embryonic counterparts, but without the controversy, and hopes that a head start in research and treatment of these special cells will bring jobs to Texas.

A devout Christian, Perry vehemently opposes any form of embryonic stem cell research, despite its proven effectiveness. One of his websites features a statement which outlines his thoughts on the subject.

"Gov. Perry... has vowed to veto any legislation that provides state dollars for embryonic stem cell research," the website reads. "He has been a strong advocate of utilizing adult stem cells in their place. Adult stem cell research can provide much-needed solutions for Texans suffering from various tissue and organ disorders while protecting the unborn from exploitation."

The medical community has cast some aspersions over the validity of this kind of treatment. Farshid Guilak, PhD, the director of orthopedic research at Duke University, believes that Perry's adult stem cell treatment is likely to ultimately be both ineffective and dangerous.

"[Treatments involving adult stem cells are] incredibly risky," Guilak said. "The chance it will work in the way it is being tried now is minimal. This type of arbitrary stem cell injection is really unlikely to help anyone."

Dr. Thomas Einhorn of Boston University claims that Perry's procedure left him at risk of infection and, because the stem cells were injected into his bloodstream, could have caused a blood clot.

The practice of adult stem cell injection is also not approved by the Food and Drug Administration.

Additionally, some members of the medical community are afraid that Gov. Perry's unorthodox procedure will serve to legitimize similar procedures in the eyes of the public and drive people to see "quack" doctors for phony stem cell treatments.

The Universal Life Church Ministries is of the opinion that your average, rational American would refrain from participating in an experimental, untested medical procedure in an effort to stick to their guns or prove a point. Gov. Perry, despite his wisdom, is clearly not such a person. Regardless of your stance on stem cell research involving embryonic stem cells, the religious and non-religious alike should join in prayer and hope that Gov. Perry's "quack" medical treatment works or, at the very least, does not backfire and cause him more pain than his backaches did in the first place. Blindly and eagerly adhering to a party line could cause more harm than good - for both Gov. Perry and the public. His decision to be a guinea pig for adult stem cell research, if proven misguided and irresponsible, could very well prove to be more of a pain than his backaches were in the first place.