There are a handful of places in the United States that are "hotspots" for marriages performed by Universal Life Church Ministries ministers. These areas include Los Angeles, San Francisco, Seattle, and the metropolitan areas of Texas; a myriad of weddings are performed by some of the thousands of wedding officiants that live or travel to these areas every year. But if just one place in America had to be crowned king of marriages performed by people who became ministers online, that place would be New York City. 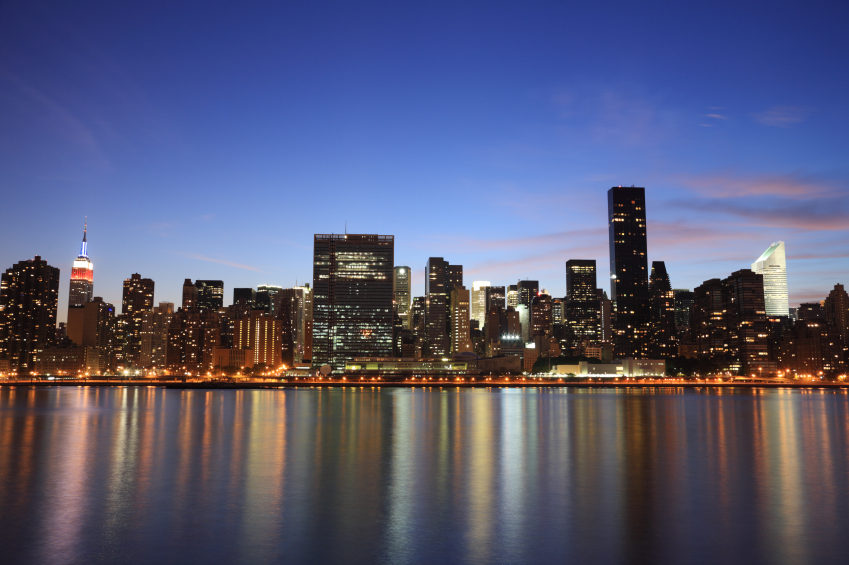 Ministers from the Big Apple, and the fifteen thousand men and women who have been legally ordained online through us throughout New York State, perform around one hundred marriage ceremonies per month there. This number is bolstered by the destination weddings that take place between people who come from across the country (with their ULC wedding officiant!) to be married in Central Park, one of the many posh hotels, or on a riverfront greenbelt.

New York City is also one of the few places that the Universal Life Church staff has had the pleasure of witnessing its own ministers perform wedding ceremonies. Those of you who read ulc.org's blog during this past summer will remember that we traveled there to witness the Pop-Up Chapel, a celebration of marriage equality in Central Park following New York State's legalization of gay marriage where 24 gay couples were married by a dozen ULC wedding officiants. It was a beautiful series ceremonies on a gorgeous sunny day; we wish you all could have been there!

So, while New York City is undoubtedly a wonderful place for any loving couple to get hitched and they (fortunately) accept the Universal Life Church's ordination, their requirements for what is required of wedding officiants like you are more stringent than they are in the rest of New York and most other states. They require several specific documents, like our Articles of Incorporation and a Letter of Good Standing / Letter of Consent, that our ministers might not think to look for on our "Ministry Products" section when they are preparing to perform a wedding ceremony in New York City.

These documents can be found in the New York City Wedding Officiant Package, a collection of documents that contains literally everything a ULC minister will need to perform legally-recognized wedding ceremonies there. ULC ministers who match this description should buy this and only this package, as it is all they need. It contains an ordination credential certificate with each minister's name, a wedding officiant certificate, the aforementioned Letter of Good Standing / Letter of Consent and Articles of Incorporation, our church's description, and a marriage officiant registration form from the city of New York City.

Please contact us if you need assistance with determining what ministerial supplies you need in order to perform a wedding (in New York or somewhere else).

As an Ordained Minister through ULC I have appreciated the wonders and various cultures that express through rituals of faith to commence two people in matrimony. What I find it hard to believe why people are ousted or rejected because they are not acceptable to heterosexual connections and are more predominate and pre-exist to a more comfortable life of homosexuality. I live in the City of Poughkeepsie in the County of Dutchess in the State of New York, there is majority of a homosexual community and they show support from discrimination to exception as a community.I myself as an ordained minister I perform services here in the Dutchess County area of the Mid-Hudson Region for same sex partners as well as interracial. I feel that why should love of any admiration be denied so I am glad to say that I and not discriminating against homosexual domestication or interracial. I was born and raised around them in my family from aunts and uncles and they never caused me any harm besides raising to be respectful to all race, creed and color. My family has diversity of different cultures that range from Scythian ( Iranian) Russian and English besides Romanian and Bohemian.