Is the Song “12 Days of Christmas” a Christian Primer? 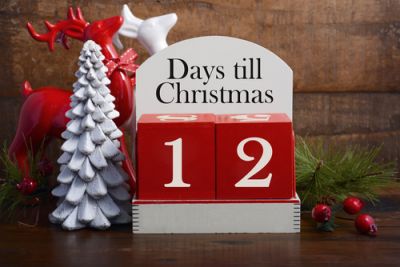 If you’re totally tired of Christmas music, it’s completely understandable. Many stores start piping Christmas music through their speakers right after Halloween. The song “The 12 Days of Christmas” may be one of the most annoying songs. It’s about a person who brags about the great gifts received from a true love over the holidays. Every verse builds on the previous, which gets kind of monotonous (although it’s miles better than “99 Bottles of Beer on the Wall”).

Every year, someone starts a claim that the song has a hidden meaning. For example, the 12 days of Christmas could refer to Christian catechism among those who could not openly practice their faith. Some claim that it was Catholics in England who were persecuted during the Anglican Reformation who began this song. The first publication is thought to be from 1780.

It is thought that every line in the song symbolizes a piece of the Catholic faith. The five gold rings represent the first five books of the Old Testament. Ten lords a-leaping symbolize the 10 Commandments. The partridge in a pear tree represents Jesus. Two turtle doves refer to the Old and New Testament. The four calling birds are the four Gospels of the New Testament.

While it is a plausible claim on its surface, when you look deeper into history and the differences between Catholicism and the Anglican faith, you can quickly dispute the claim.

To understand whether “The 12 Days of Christmas” is a catechism song, you have to understand what was happening in England. In the 1500s, King Henry VIII began to break off from the Catholic faith when the Pope would not let him divorce his first wife to marry another woman to carry on the royal line. There was a little more to it than that, but England was undergoing a reformation in its religious practices. When Henry VIII died, England was in turmoil over religion. When Elizabeth I took the throne, Catholicism was outlawed until 1829. The new religion in England was the Church of England, or Anglicanism.

Although there were periods of time when it was dangerous to openly practice Catholicism in England, there were also times when Catholics were tolerated. From 1649 through 1660, the celebration of Christmas was banned for all religions, Anglican and Catholic. Even if Catholics wanted to sing this song to remember their faith, it was not allowed.

The Anglican and Catholic religions have many differences, but they also share many things. During the time of the English Reformation, each group used a different Bible. Although the translations were different, the basic tenets were similar. A Catholic would not need to hide his or her knowledge of two testaments, as the Anglican faith had the same. The 10 Commandments were in both translations of the Bible used at the time.

Thus, there is nothing in the song “The 12 Days of Christmas” that is specific to the Catholic faith. It wouldn’t distinguish a Protestant from a Catholic. In addition, a song that was played only at Christmas would not have been useful the rest of the year. It’s just not likely that this song was anything more than a tune designed to keep people singing to pass the time.

According to Snopes, the claim only dates to the 1990s, making it certain that this was simply an internet hoax designed to put meaning into a senseless song that drives everyone crazy. Without TVs, radios, and computers, you had to do something to entertain guests.

What Are the 12 Days of Christmas?

The 12 days of Christmas begin on Christmas and continue through January 6, which is Epiphany. That’s the day when the Wise Men are thought to have visited the Christ child in the manger. Enjoy the song and be grateful that we only have to listen to it for two months of the year.