Is Banning Religious Gatherings a Violation of Freedom of Religion? 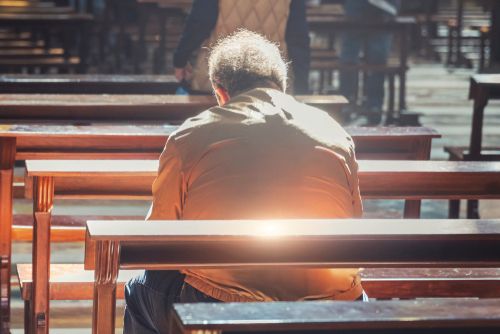 One interesting result of novel coronavirus outbreaks in the United States is that some churches have taken the prohibition against gathering to court, claiming that being denied the right to gather is an infringement of their religious freedoms. A few of these churches are even going so far as to sue states for preventing them from holding regular services. These lawsuits bring up the question of how far the government can go with emergency measures during the virus. As with other historical court cases, they could prove to be vital events in shaping future policies.

Religious leaders from several states, including California, Virginia, and Kentucky, have gone up against state representatives in court to argue their case. They are fighting for their right to hold services using the First Amendment of the constitution as the backbone of their argument. The First Amendment protects Americans' freedom to engage in religious activities in addition to a list of other protections:

Apparent discrimination in state action against churches is a further cause for some of the churches resisting regulation. An example of this is the case of one church in Virginia that filed its lawsuit on the basis that many businesses were allowed to continue having people enter their buildings in relatively large groups while the church was not. While the state argues that social distancing regulations apply equally to all entities, the Virginia church insists that it is being treated especially unfairly.

In a similar situation, two churches in Kansas teamed up in a lawsuit against what they argued were discriminatory regulations. They reached a settlement that allowed them to meet under the condition that they followed all of the rules that would apply to any business during this time, including spacing churchgoers out and having visitors wear masks for protection. Whether the rules against meeting are truly discriminatory or not, these churches are pushing back against regulations that they believe infringe upon their right to gather; however, these same regulations may also help protect the health of their communities.

There are arguments to be made on both sides of this issue. The obvious problem that will face churches that continue to gather is the risk of members being infected with the virus. Churches that want to overcome this issue will need to take many safety measures. Depending on the size of the congregations and the capacity of individual churches, proper safety measures may be more feasible in some areas than others.

Proponents of the continued shutdown of churches are generally the same proponents of the shutdown of any business, event, or organization. Many of them are churchgoers or leaders themselves who have decided to put their safety and that of the general public above the need to assemble. The logic of social distancing is that the virus can eventually be eliminated and people can safely return to social activities once the danger of infection has passed.

In the United States, where freedoms such as gathering and religion are such an integral part of the country's history, some hope there can be a legal precedent for the public to ignore social distancing restrictions and continue to meet for church. While some faithful people argue that this emergency situation calls for the need for unique measures such as virtual services, others worry that it damages their faith and infringes on their rights to be forced to stay home from church services.

No, the government has no lawful authority to order a lockdown without showing a clear and present danger, such as infected people at large in society.

Because of the shortage of testing (We are testing at about 1/3 the level we should be), we don't know where all the infected people are. In fact, until a reliable test that can be self-administered is developed, we may never know exactly where all the infected people are. This is may doubly difficult by the fact that a person may be asymptomatic and still be a carrier or not develop symptoms for a few days and still spread the virus. Also, recall that the first 'superspreader' incident happened at a choir rehearsal. There was one infected person, who infected dozens of other members who in turn spread the disease after they left the church building. Additionally, singing is said to spread the virus even farther than sneezing or coughing. So, I would think your criteria has been met.

No, that is not sufficient criteria to justify government intervention. It is perfectly alright to ASK people to stay safe, you know. It is not necessary to treat everybody like criminals just because one of them might have an infection. The country is not a prison. At least not yet.

I suggest it is sufficient criteria. 2+ million confirmed, likely many more than that have had it ot have it now, 125K are now dead, and an unknown number who have had serious problems in recovery or who now have organ damage due to it. If god thinks your lack of gathering together harms your ability to believe he's a pretty pathetic diety. If your desire to gather means you do not care about what may happen to others then you're a pretty pathetic human.

I don't think we need to swap insults. We are discussing rightness of laws, not your opinion of my God.

Yes it is a direct violation of our rights; however, it is suppose to be in the name of our health and safety. I believe if the so called Prez would have been responsible and acted quicker, this could have at least been more isolated if not controlled better. Crazy events everywhere and a leader(term used loosly) who blames everyone and takes no blame on himself.

Too whom it may concern.. My given name is Martin,, Nehemiah Miles.. I am sending you this correspondence to get my name out there.. I am run for president in the 2024 election,, or more so get my name on the election ballot And would ax's you to help me get my name out into the mainstream and others to know me as a real presidential candidate for 2024 election..

Thank you for your time.. Sincerely..