Has Marriage Become Merely a Trophy? 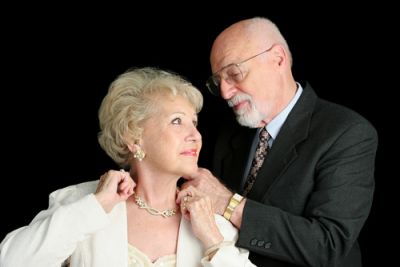 Once upon a time, a wedding signified a rite of passage between American childhood and adulthood. When a couple got married, whatever their ages, they were publicly declaring that they were two responsible adults ready to support themselves and the family they undoubtedly planned on starting soon.

Not so much today. Today, the vast majority of couples who get married do so after a significant period of living together. Consequently, what the wedding celebrates is the ultimate union of two people already committed to each other, as evidenced by their years-long cohabitation. For many of these couples, marriage represents their last step into adulthood, not their first.

The Times They Are A-Changin’

The Pew Research Center, in conjunction with Time magazine, asked Americans in 2010 whether they thought marriage was becoming obsolete. Thirty-nine percent said yes. In 1978, only 28% answered yes to the same question. Census Bureau figures would seem to bear this out. In 1950, married couples headed 78% of all American households. By 2010, this number had dropped to less than half.

Whether you judge marriage by median ages, prior cohabitation, or when couples have children, the fact remains that marriage slowly but surely has evolved from a starting point to an ending point; signifying two adult lives already mutually well lived, including the children they may have already brought into the world.

Education levels appear to have a direct bearing on when a couple gets married. College-educated couples tend to marry later in life — and 90% of them marry before they have children. Conversely, the majority of couples with less education already have at least one child before their wedding day.

Practically everyone knows about Obergefell v. Hodges, the landmark 2015 US Supreme Court decision that legalized gay and lesbian marriages throughout America. Two years later, 61% of same-sex couples who had previously only been able to cohabitate had gotten married instead. Surprisingly enough, however, Census Bureau figures reveal that only one out of seven of them had attained the age of 30. A full 50% of them were age 50 or older. So why did they do it?

One might suppose that these couples wanted to avail themselves of the legal rights and benefits of marriage, such as the following:

While no doubt this played a big role for many couples, a 2013 Pew Research Center survey points out that only 46% of married same-sex couples listed legal rights and benefits as their primary marriage consideration. Love was the main impetus for 84%, with companionship coming in second at 71%.

Marriage for many has become a de facto trophy, one already earned through years of cohabitation. It’s no longer the starting point — it’s the finish line.

Same-sex marriages may be becoming more popular, but that doesn't make them acceptable and/or honorable.. Much this LSBTQxyz behavior is contrary to the revealed will of God. And the end result will be tragedy for the individuals concerned and society as a whole.

Marriage Equality is about the ability of same-sex couples to obtain a legal, civil marriage, which can be done without ever setting foot in a house of worship or speaking with a member of clergy.

As to the 'behavior' of members of the LGBTQ population, I submit that the "revealed word of God", at least in this instance has been mis-translated and mis-interpreted. I refuse to believe that a loving caring God, would make me this way, yet not provide a way to fulfill these feelings. That would be beyond cruel. And, I know many of the 'antis-' say that we 'chose' this. I assure we did not. But, since there is no way to let you feel what I felt at the age of 12 and what I continue to feel today, the only thing I can say is, "My attraction, my desire to find someone of the same-sex to love and partner with, is as real and a strong as your desire to do the same with someone of the opposite sex. I realize that many of you have reasoned since you can't imagine a feeling like that occurring naturally, there must be another answer. I assure you there is not." Incidentally, since we are only just beginning to achieve equal rights in this country, and there are still many places where it is dangerous and deadly to be LGBTQ, why would anyone choose it? Most of us fight it until we realize that fighting it is useless and exhausting and..and...and...and we choose to accept it. Which brings another set of problems. But, now we continue our journey by not deceiving ourselves anymore, the truth really does set you free and makes you stronger. Additionally, much of organized religion, especially as you get closer to the top, is not about faith, or redemption, or brotherhood or anything like that. It's about power and control. (And in many cases add 'money' to the list.) Note I said, 'as you get closer to the top'. Much of the work being done at the 'local level' is about faith and redemption and brotherhood and all the other things we think of when we think of what a church does.

Brother Knight, Your response was eloquent and classy. You have my respect, and I wish you and your partner all the best.