Has COVID-19 Taken a Higher Toll on Some Religious Groups? 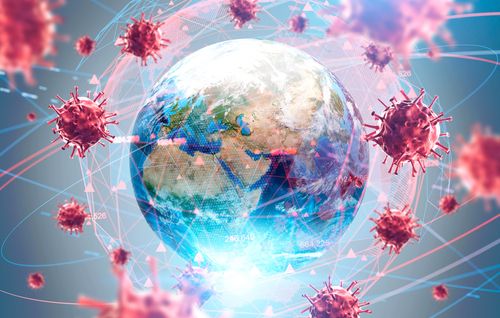 While the novel coronavirus pandemic has affected people from all walks of life, some people have experienced the repercussions of the virus differently from others. There are several ways the virus is hitting some groups harder. New statistics have shown that some religious groups have been more affected than others in the UK. These groups often suffer from higher death rates due to the virus. Here's a look into why.

Who Has Been Impacted the Most?

Recent statistics from the UK offered insight into which groups are suffering from the highest death rates due to the virus. Their findings revealed that one of the most affected religious groups is Muslims, with almost 99 deaths for every 100,000 people infected. Also in the higher range of risk were people of Hindu, Jewish, or Sikh faiths. Throughout this study, findings showed that Christians were among the least at risk, as are people who identified as nonreligious. Keep in mind that Muslims and others only make up a small percentage of the population, so the numbers of people infected per 100,000 in the country translate into high percentages in their respective demographics. To put the difference in perspective, only about 48 for every 100,000 nonreligious females died from COVID-19 infections.

Why Are These People More Affected?

When first examined, these statistics can be confusing. It seems strange that something as abstract as religion would play a role in death rates from a virus, but there are underlying reasons. Religion is tied closely to culture and often overlaps with other traits such as race and ethnicity. The same religious groups that are being so badly affected by the virus are often made up of ethnic minorities. The issue can also be looked at through the race lens, as people of Asian or African descent have also suffered from much higher death rates.

Factors that come into play for these groups include economic status, population density, and others. The sad fact that is being revealed as these studies continue seems to be that people from these groups are getting less access to the care they need and are less able to protect themselves and those around them from COVID-19. The UK was an important place for this study, as it has suffered from the third-highest death toll from COVID-19 of any country. You will likely find a similar picture in the United States of America, with religious and ethnic minorities being impacted the worst.

What Steps Should Be Taken To Give Aid to These Groups?

Whether it is members within highly affected groups helping each other or outsiders lending a hand, there are different approaches being taken to handle the situation. For some of these groups, using their strength as a community to assist one other has been helpful. While they can do this by sharing food and resources, it can be difficult to offer much aid while remaining socially distant. For countries in which religious minorities and similar groups are being so badly impacted, increasing access to healthcare should be a priority. The global pandemic has revealed areas that are lacking in healthcare everywhere. Unfortunately fixing these issues will likely require more research, time, and resources to be successful.

As COVID-19 has spread across the globe, it has impacted almost everyone. While in many ways it is a universal struggle, there are still those who have been unequally affected. With higher overall death tolls, religious minorities continue to be at the highest risk from the virus. This seems to be because they also belong to ethnic minority groups and may have more limited access to needed resources. Fixing the underlying problems that cause this may be difficult, but doing so could help reduce the negative impact of other disease outbreaks in the future.

I would not have thought religions would have an impact on covid19. However in poorer regions it probably would. So sad that with all of our medical and sciences we have yet to cure this. There is a lot of fear in the general population. All we can really do is pray.