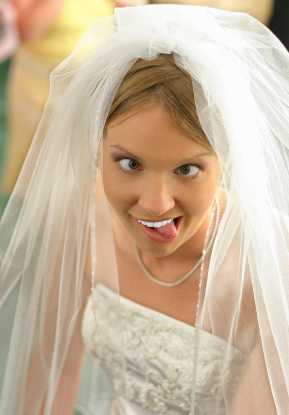 So you have everything in place for your wedding, and look forward to a lifetime of bliss. However, there are quite a few states that have some weird wedding laws (or at least laws to consider when planning a wedding) in place. Some are old-fashioned, others are quirky and some are unverified, but sound humorous enough for us to include here. Below are 5 strange and crazy laws to watch out for on your wedding day:

Illegal in all but five states - Alabama, California, Colorado, Montana and Texas - a proxy marriage allows only one party to show up for the ceremony. In other words, just the bride or groom has to make it to the altar, while a stand-in takes the place of the missing party. If both parties are not present, then a double proxy ceremony can be performed, with two stand-ins used. It is more commonly used when the bride or groom is a service member stationed elsewhere, and California and Montana only allow proxy marriages for active duty military.

I Do...I Do...I Do...I Do... In the state of Kentucky, it is illegal for a woman to marry the same man four times (insert a Larry King joke). While remarrying a former spouse is not uncommon, one must wonder if it did not work the first three times, how is the fourth going to be a charm?

While we here at the Universal Life Church welcome anyone interested in performing a ceremony, the state of Louisiana prohibits fortune tellers, palm readers and other types of future predictors from performing a wedding. 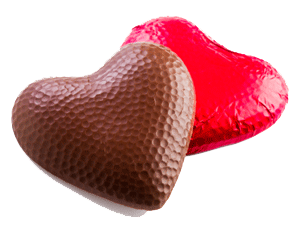 Give Her Chocolate...Lots of Chocolate! If you live in Idaho and plan to get your new wife candy for Valentine's Day or her birthday, you may want to get a scale. Before you pull out the couch for making weight jokes, the scale is for the candy. In Idaho, it is illegal to give away candy gifts weighing less than 50 pounds.

I Dare You to Marry Me! In Delaware, getting married on a "dare" or as a joke is grounds for annulment. Getting married under the influence of alcohol or drugs, or not of sound mental capacity also qualifies for an annulment. This is one weird wedding law that may have saved more than a few short term relationships.