How to Become Ordained

Being called to become an ordained minister is a spiritual adventure that many people may not choose to follow because they believe that becoming ordained is a long, drawn-out process. But becoming ordained in order to become a wedding officiant or fulfill a spiritual calling is not very difficult at all. Thanks to online ministries like the Universal Life Church, all that is necessary for a person to get ordained is internet access and five minutes of spare time.

An individual can become an ordained minister online through the Universal Life Church, or ULC. This organization views no person's religious background a barrier to becoming ordained, as their closely-held belief is that freedom of religion knows no boundaries or exceptions. Doors that lead to exciting opportunities, like performing wedding ceremonies for friends or family members or starting a church congregation, are always open to those who are spiritual and non-spiritual alike through the ULC. 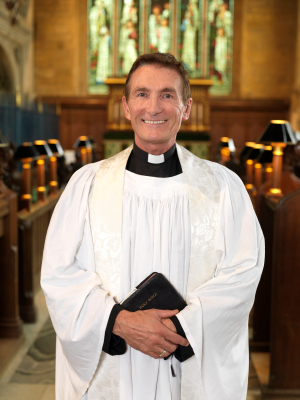 Becoming ordained through the ULC is easily accomplished online. More than 20 million ministers have received their online ordination through all of the ULC branches combined, of which more than 300,000 ministers have been ordained through the ULC Ministries since it was founded in 2006. As previously mentioned, this online ordination allows a minister to perform marriages, baptisms, conduct funerals, and even start a ministry to share spiritual values with others - be these values their own or a diverse mixture of values of others.

The ordination process is as follows: an individual fills out an online form that requests general personal information, such as the soon-to-be minister's name, address, and birth date. The form is then submitted and, barring any errors that may occur, the applicant is allowed to get ordained. There is no waiting period, no fees to be paid, and no formal training required. Instead, a confirmation email will be sent to the applicant within seconds after they submit it to confirm their ordination. This email contains links and information that will help orient the recently-ordained minister and provide some introductory information about what they are now legally allowed to do.

ULC ministers are expected to possess the strong believe that all religions are equal. People of all creeds are welcome to this online ministry; Christians, Jews, Muslims, Buddhists, Pagans, Wiccans, Druids, and even Agnostics and Atheists. All that the ULC asks of its members is that a person respects the rights of others, especially their right to hold whatever beliefs they choose.

In most states, ordinations are not considered to be a prerequisite to practice as a minister. This is not the case for those who want to officiate weddings, however. State laws differ on who is legally allowed to perform marriages, but almost all require ordination by a conventional church or online ministry. Each minister is responsible to know and understand individual state laws as it pertains to them, although the ULC has prepared a number of resources which will help them determine the marriage laws for their state. The ULC ordination is recognized in 47 US states, which means that its ministers can perform wedding ceremonies in every state in the US besides Pennsylvania, Tennessee, and Virginia. County clerks frequently will refuse to grant marriage licenses to ministers unless they have very specific forms of documentation that prove they are an ordained minister. If a state requires wedding officiants to present official documents, like an ordination credential certificate or letter of good standing, ministers can fulfill these county clerks' requirements by ordering them online from the ULC's site.