What Role Does Salt Play in the Old Testament? 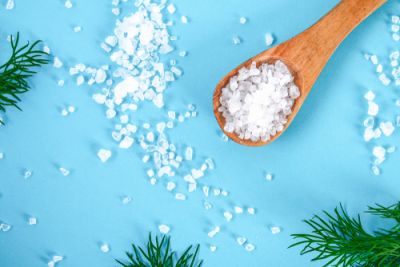 Salt is mentioned throughout the Bible, in both the Old and New Testaments. Understanding its role in ancient times can help you understand scripture. In Israel, the Dead Sea was a source of salt, which in the Old Testament period was used for more than seasoning food. It was a preservative, a disinfectant, a currency and part of a temple offering.

One of the first references to salt in the Old Testament is when Lot’s wife is turned into a pillar of salt as her family flees the destruction of Sodom. Some historians believe that her body was simply covered in salt in the air from the destruction. The Bible says that Lot’s wife “looked back” at her old life, unable to give it up. She neglected to obey the warning of the angels, who told Lot’s family not to look behind as they left.

Leviticus 2:13 says, “Season all your grain offerings with salt. Do not leave the salt of the covenant of your God out of your grain offerings; add salt to all your offerings.” The ancient Hebrews were told to include salt when they brought their offerings to the temple. Salt preserved food, which made it last. Salt is often used as a metaphor for purity. Offerings that included salt were kept from going bad.

Exodus 30 describes how incense for worship in the temple was to be created. Fragrant spices, such as frankincense, gum resin and galbanum were to be mixed together in equal measures, then seasoned with salt before being ground into a fine powder. The formula was only to be used to make sacred incense.

Ezekiel 16:4 references salt and newborn babies, who were rubbed with salt at birth. This symbolizes that the baby would be raised to have integrity and honesty. It’s possible that this practice cleaned the infant. Salt is a disinfectant that prevents infection. It can’t cure an infection, but it can help stop the spread of bacteria.

The Bible mentions a salt covenant made with priests in Numbers 18:19: “Whatever is set aside from the holy offerings the Israelites present to the Lord I give to you and your sons and daughters as your perpetual share. It is an everlasting covenant of salt before the Lord for both you and your offspring.”

The salt covenant is also referenced in 2 Chronicles 13 regarding the kingship of David and his descendants. In ancient cultures, sharing salt at a table was a symbol of friendship. It meant you had a deep relationship that couldn’t be broken. Eating salt together was a pledge and promise that you would always remain friends. Violating that promise meant death. The salt covenant was taken very seriously.

Salt signifies loyalty, durability and permanence. In ancient times, it was also used as a currency. Today, salt is ubiquitous and cheap. In ancient times, salt had more value. To obtain salt, it had to be harvested by pouring salt water from the sea into a pit and letting the water evaporate. It was not as easy to obtain.

What Does Salt Mean to You?

Salt makes food more appetizing, which is how most people use salt today. The next time you pick up the salt shaker, consider the value of it. In part two of this series on salt, we’ll take a look at salt in the New Testament to further understand its historical context.