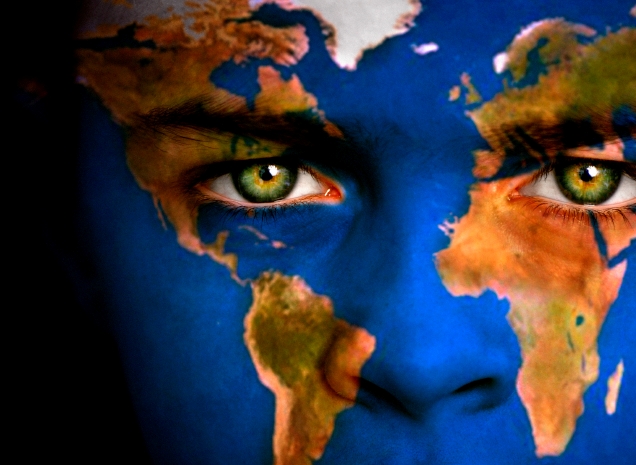 Chances are, if you are a member of an orthodox Judeo-Christian faith, you aren't familiar with a creepy cast member that is introduced in the Old Testament. The book of Genesis describes a type of being that lives in the stars, carrying out some clandestine purpose. They are the Watchers. I encourage you to look these creatures up for yourself, as with any discussion of scripture it is best to be connected with the source. They are only mentioned briefly in canonized text but they certainly
raise many questions about the traditional strata many believers hold. There seems to be a strong assumption that the conscience beings in the universe are God, the angels (including demons and the Devil), and humans, and that humans were given stewardship over this world and rule it from the center of the cosmos.

Of course the Copernican Turn offered insight into a more accurate picture, namely that humans are not the center and focus of the cosmos. By calculating the then inexplicable wobble in the orbits of the planets, Copernicus determined the sun to be the true center, but not of the entire universe or even the Milky Way Galaxy, but merely our solar system. At first the Church rejected these discoveries, as they had long held the geocentric, or earth-centered cosmology. It is quite possible that the bias in existence before and around the time of the Copernican Turn made it difficult for people to read Genesis in a way that maintains the possibility of an extra-terrestrial creation, even today. There is reason to think the ancient scripture is describing something more than just a type of angel. The first
clue is that in Genesis Book 6, they are described as being able to marry and procreate with humans.Ã‚ Surely, this requires a corporeal form. Of course the story of the birth of Jesus describes Immaculate Conception but it is labeled as such because there was no physical being to initiate reproduction let alone stick around and set up house with the humans.

The Watchers descended down to earth after gazing on the fairness of human women. They interbred and created a race the scriptures describe as "legendary" known as the Nephilim. We should notice here the similarity in this Genesis story to that in the Jewish Book of Enoch. The latter offers more detail, naming the leader of the Watchers as "Semjaza." The book lays the groundwork for the workings of the cosmos which shares a similarity with the tenets of the Universal Life Church Ministries.Ã‚ "And all His works go on thus from year to year for ever, and all the tasks which they accomplish for Him, and their tasks change not, but according as God hath ordained so is it done." The belief here is that we can all become ordained to conduct work for the greater good.

It seems that Semjaza and the lustful eye of the Watchers sought to challenge thisÃ‚ structure, as they chose to give up their divine nature and made a pact to commit a terrible sin for the chance to make contact with the creatures of Earth. Whatever the sin, the Bible describes it as so egregious that God lost favor with men and limited their days on the planet. This could perhaps be the story of Azazel Ã¢ " the Watcher who Enoch chronicles as showing men the art of war and women the pursuit of harlotry.Ã‚ The form of Azazel as goat-like was the beginning of a Jewish tradition of transferring the sins of the populous onto a goat and sending it out into the wilderness to pay the price for all theirÃ‚ transgressions: the first scapegoat (and true root of the term).

The prophetic visions of Daniel in the Bible also seem to allude to the existence of the Watchers, but again it does not offer much insight into their purpose and creation. To be sure, we can certainly take away the benefits of an unbiased approach to religion and scripture. We can find a proper sense of humility no matter what you actually believe of these writings, whether that be the existence of more beings in the spiritual strata of existence, or simply that none of us is the absolute authority on the details even of our faith; we may be glossing over something with more importance than we know.