The Reason Behind No-Meat Fridays During Lent, and Why Fish Is Okay 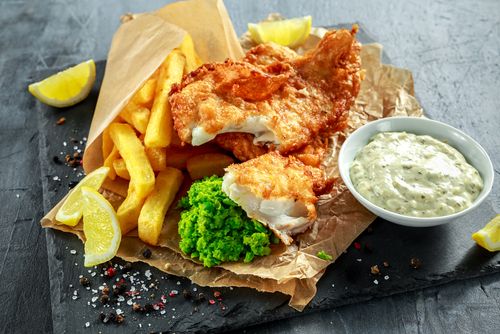 Lent comes with a lot of rules, especially if you’re a devout Catholic. One such rule is that you may not eat meat on Fridays. However, you can replace the meat in your diet with fish, but why is that? The rules may seem arbitrary, but per the Church and the Bible, there is actually sound reasoning behind each one.

Per the United States Conference of Catholic Bishops (USCCB), Catholics have always set aside Friday as a day for special penitentiary observance during which they willingly suffer with Christ in the hope that they may one day revel in His glory.

Again, though, why Friday? It is believed that Friday is the day on which Jesus Christ suffered and died on the cross. Traditionally, Christians have set aside Friday as a day to unite in their sufferings with Jesus. Catholics took this observance one step further by making every Friday a sort of “Good Friday” during which Christians can offer up a specific type of penance.

For centuries, the Church has recognized meat as a worthy sacrifice because of its association with celebrations and feasts. In many ancient cultures, meat was considered a delicacy, and there were strict rules about only slaughtering a “fattened calf” when there was something to celebrate. Because of Friday’s association with Christ’s suffering and meat’s connotation with celebration, it didn’t seem right for devout Catholics to eat meat on a day of penance.

Why Is Fish Acceptable?

Per the USCCB, the Church’s laws refer to abstaining from “land animals” only. This includes the meat from chickens, sheep, pigs, cows and other forms of livestock — any animal, really, that makes its home on land. This also includes birds. However, because fish make their home in the water, the Catholic Church does not consider fish a meat. In fact, the laws of the Church go on to explain that followers may eat “fresh and saltwater fish, reptiles, amphibians and shellfish” on Good Friday, as animals that fall into one of these categories are not “carnis.”

It’s important to note that the rules for Lent and Good Friday were developed centuries ago, when meat was the food of celebrations. Back then, fish was not considered a “celebratory” dish, and so was perfectly acceptable to eat on a day of penance.

In today’s culture, however, the opposite is usually true. A hamburger or plate of chicken is almost always the cheaper option, especially when compared to seafood delicacies such as lobster, salmon and tuna. For many people, seafood is a treat, whereas the meat of a pig, cow or chicken is part of the everyday meal. This is why so many people, even Catholics, are confused about the rules of Lent.

In the End, It’s About Faith

Despite how arbitrary the rules of the Catholic Church seem today, it’s important to remember that the Church’s intention is not to deprive followers of their favorite foods on their favorite day of the week. Rather, the Church upholds these ancient traditions in the hopes of encouraging the faithful to offer up a heartfelt sacrifice and to unite the suffering of followers with that of Christ on the cross.

Though giving up meat on Fridays may not seem like a big deal to you, it’s the thought behind the sacrifice that counts. If every time you abstain from eating meat on a Friday night you think about Christ’s sacrifice for you, the Church has achieved its purpose in upholding the ancient tradition.