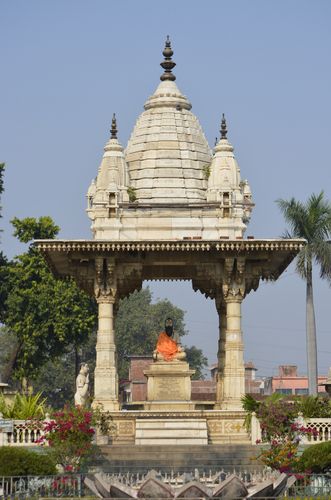 India is one of the largest and most religiously diverse countries in the world. Events that take place there can have a major influence on the wider world. A debate has recently arisen surrounding an attempt to display imagery in Times Square celebrating a Hindu temple being constructed in India. The controversy surrounding the new temple has reignited a historic conflict between Indian Americans of the Hindu and Muslim faiths even though thousands of miles separate them from the new temple.

Why Is the Situation So Controversial?

In early August of 2020, India’s prime minister, Narendra Modi, made a political splash with his symbolic placement of a cornerstone for his new Hindu temple. The temple is to be built at a culturally significant site in Ayodhya. The decision to build there is controversial because the Ayodhya site was once the location of a Muslim mosque that dated back to the 16th century. The construction of the mosque was long disputed by Hindus, who claim that it was built on a holy site of special significance to their faith.  The mosque was destroyed in 1992 after decades of back-and-forth violence between the two religions.

The prime minister’s decision to create the temple at Ayodhya was part of what some may consider a radical political statement. For the past several decades, India has been leaning toward a more secular form of government. Now, the government’s involvement with the new temple construction paints a far different picture from this past trend. The prime minister appears to be moving away from secularization to a national identity that is firmly set in the Hindu religion. While this can be exciting for members of this majority group, India is a country with many other religions. Muslims especially make up a large portion of the country’s population, and the area is also home to substantial numbers of Sikhs, Christians, and others.

What Is the Times Square Display?

The tension created by Prime Minister Modi’s decision has caused reverberations across the world. One notable instance of this is in New York City, where some Hindu Americans are pushing for a special display of billboards in Times Square celebrating the temple. Meanwhile, Indian Americans of the Muslim faith as well as those who firmly disagree with Prime Minister Modi’s political views have pushed back against the idea, even attempting to get the mayor of New York involved.

Interestingly, many of the businesses involved with promoting the temple (or choosing not to) may have little knowledge or investment in the issues they are representing. The same can be said for the majority of people passing through Times Square who will likely take little notice of the images and the struggle between two cultural groups that they represent. With things still being relatively quiet in New York due to COVID-19, it may seem interesting that people would become so invested in whether or not the billboards are put up. However, to the people who are affected by the decisions of the Indian government, the New York display is just one more reason for the continuation of the conflict between these two religious groups.

With a large population split between several religious groups, politics and cultural issues in India can be complex. The decision to build a new Hindu temple on the site of a mosque that was destroyed in religious conflict represents a statement by the country’s government that Hinduism is the national identity of choice. The future of Muslim Indians remains uncertain, but as construction begins on the new temple, the debate surrounding the prime minister’s decision and the fate of the country goes on both in India and far beyond.