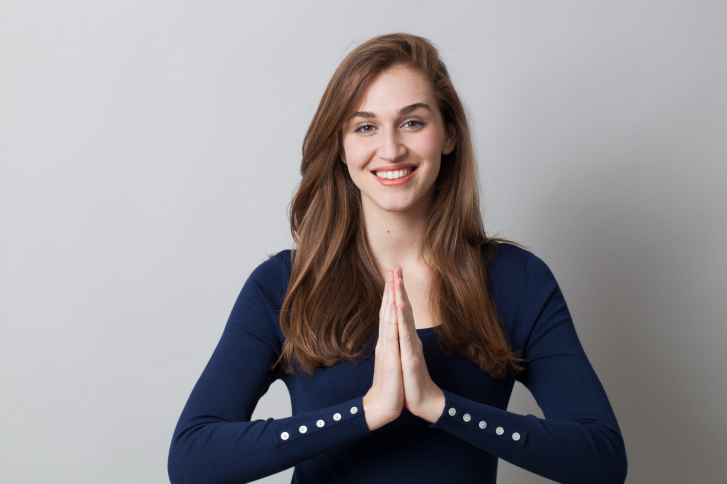 A recent study has shown that people who are religious are happier. The study was conducted in the Netherlands and has been published in the American Journal of Epidemiology. It studied 9,000 people over the age of 50. The study found that not only has religion been a great way to keep from getting depressed, it's also an excellent tool when dealing with grief and other hard times during one's life. According to the study, religion is more effective than taking a class, volunteering, or playing sports. The study did not show whether or not the increased happiness was because of the faith of the religion or because of the community that the religion provides. When you think about it, it is easy to see how both could play a role in making people happier.

When you are going through a hard time in your life, being religious can make it easier to get through it. After all, when you have a god to pray to, you can feel assured that your problems are being taken care of. This is much better than feeling like you are going through something alone. There is a comfort that comes with believing that a higher power has some kind of control of your life. When you are able to put your trust in that power, you are able to relax more and you are more likely to feel that everything is going to be okay. When you don't believe in a higher power, you may worry more that things aren't going to work out or that you aren't going to get out of your situation.

The same goes for dealing with grief as well. When you lose someone, there is comfort in believing that you will see him or her again one day in some form of paradise. This is especially comforting when the person has been suffering in pain for quite some time. A non-religious person who does not believe in any sort of paradise or heaven may think that he or she will never see a loved one again. This can make the coping much harder.

Community is also something can be very helpful, whether a person is going through a hard time or not. Many religions have services as least once a week. This is a time when members of the congregation can get together to worship, pray, and spend time with one another. This can be a great time to talk things out or ask for prayer. It also gives people a chance to become a part of your life and encourage you. This can be especially helpful to people suffering from depression. Depressed people often feel alone and isolated, and becoming involved in a religious service can help these feelings dissipate. Not only do you have a weekly service to look forward to, but there is an opportunity to make many friends that you can see during the week and have as a positive influence in your life.

Religion has helped people in many ways over the years. Some of these things include:

Why some of these things are tied to religion is not completely clear, but it is pretty easy to see that those who are religious are happier, healthier, and more likely to live a fulfilled life.

I can see how sense of family gives comfort through any religion from the start of fear control one could simply saying anything to fitting in instead felling put out. On the other hand none religious people don't fret over seeing dead folks when their dead thats just silly talk. Why is the place a not to religious place take a survery of the lowest percent of people who paid for it? to say none religious people some way are broken not having group invisable friends then enforce joy happiness with fear. Where is the report about none religous people.