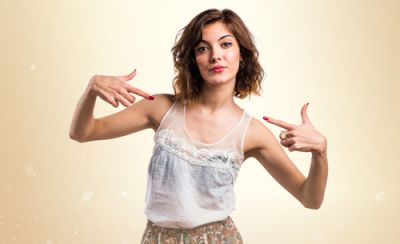 Pride is a driving force in drama. Combine pride with ambition and greed and you can bring down the hero and/or villain. “Beauty and the Beast” opens with the Beast refusing to provide shelter for the old woman. He is brought down by his pride in judging her for her appearance, and the entire castle and village are punished. To be restored, the Beast must find humility and love.

In the next scene, Gaston is dealing with his own pride that will eventually bring him down. He believes he deserves the best, which means Belle, the most beautiful woman in the village. After being rejected, he schemes to marry her, which again hurts others. Gaston never learns humility, which leads to his demise.

Let’s take a look at other movies and books where pride is a driving characteristic.

Harry himself deals with pride, but he doesn’t have the arrogance of other characters. For Harry, pride is a virtue at times. He knows that he is not all-powerful. Pride makes him stand up to others when someone he cares for is wronged. But Harry is an easy target because of his pride, and his antagonists know that he is an easy target.

Lord Voldemort is the perfect narcissist. He blames others for his own mistakes, and he doesn’t see anyone as his equal. He’s in love with himself, obsessed with immortality. Voldemort underestimates everyone, especially Harry. Pride goeth before Voldemort’s fall.

Vizzini, the mastermind hired by Prince Humperdinck, is a great example of pride. When Vizzini meets Westley, he calls Plato, Aristotle and Socrates “morons.” Vizzini knows that he can’t compete with Westley physically, but he believes that Westley is nowhere near as smart as him. Vizzini is certain that he can outwit Westley in a poison drinking game. Although Vizzini gets some great lines, ultimately, he drinks the poison and dies.

Casey at the Bat

This childhood poem is a classic example of a hero brought down by pride. It’s the bottom of the ninth and two runners are on base. Both of these hitters come through just to give Casey a chance to shine. No one expects anything from them, but they have to get on base so that Casey can bat. The team needs three runs to win the game, so Casey comes to bat with high expectations. He strikes out on the first two pitches because “he doesn’t like them.” When the third ball comes, Casey swings and misses. The unimaginable happened. Casey struck out.

Tony Stark gets in trouble time and time again because of his pride. In “Iron Man 2” he doesn’t believe that the technology he invented is available, even when he’s shown images that others are working on it. In “Avengers: Age of Ultron,” Stark creates the robot that attempts to destroy the world. Tony’s pride goes before his falls, but he still gets up and tries to save the earth.

Robin Hood is the greatest archer in the land. The Sheriff of Nottingham attempts to trap Robin Hood with an archery contest. Robin may know that the sheriff has ulterior motives, but he still has to attend the contest to prove that he’s the best. Ultimately, Robin is captured because of his pride. Then, he has to rally his supporters to help him escape.

Granted, good movies and literature require drama and conflict to tell a good story. In real life, most people try to avoid conflict. Your favorite characters can remind you that pride goes before the fall. When you get arrogant and feel as if you need to prove yourself, remember Casey who missed out on two great pitches and went down in history as striking out.