Religions on the Run 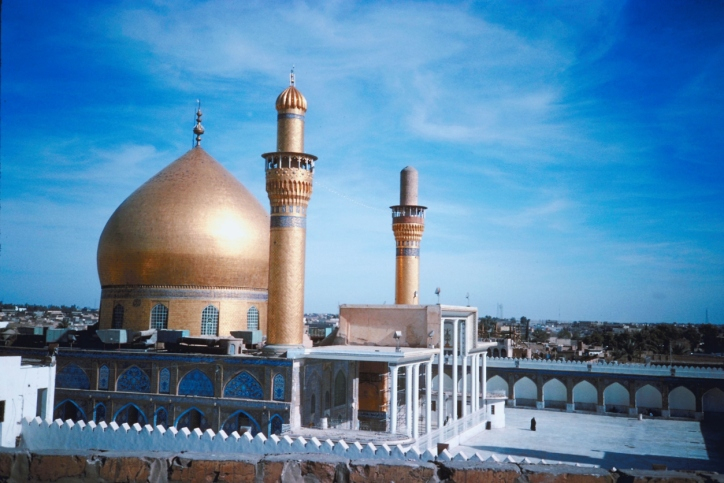 The monastery of St. Matthew near the plains of Nineveh, Iraq, dates back to the fourth century. It once drew 7,000 pilgrims and monks for study and worship during the Christian years of the Roman Empire.

Now there are six monks who remain as residents in the ancient house of worship. Pilgrims no longer dare to visit the region now that it is under siege. Militants are trying to rule an increasing area within which to assert their view of religion. "People are afraid to come here," the father at the monastery said. "We are worried about everything: our people, our family, Christianity."

Refuge in the Desert

Some families take refuge in the monastery, aware of the dangers looming across the plain as radical fighters intend to expand their territory. The religious zealots who claim to fight to enforce their version of Islam are known for their ferocity and intolerance of "infidels," including Christians, and others who do not accept their hard line views of the Koran.

Behind a Line of Defense

In addition to help from airstrikes that are visible in the distance, hitting at targets among the militants who have been pushed back somewhat from their earlier advances across northern Iraq, the Peshmerga (Muslim Kurd fighting force) stand in defense of the Christians taking refuge in the ancient monastery. The general sees it as the Pershmerga's job to include the defense of those people of other faiths who are also threatened by the radicals who wish to assert their fundamentalist interpretation of scripture and doctrine on society. He notes that they have "lived here many years as brothers. There is no difference between Kurds, Muslims and Christians."

Since the fall of Saddam Hussein, who allowed Christians to live and thrive in the country under his rule, a million people, approximately two-thirds of the country's Christian population, have fled the nation. Similar purges and exoduses have followed in other nations of the Middle East as the effects of the "Muslim spring" have toppled old rulers that once provided shelter and safe haven for Christians in the Islamic lands. Newly radicalized younger generations and more ardent religious leaders have flowed into the power vacuum that has followed the conflicts in many lands, leaving Christian communities that have lived in peace for many centuries now exposed to the fickle wrath of radical religious fighters.

An author who has written a book called Against All Gods sees the acts of hardline believers in many areas of the world who are lashing out with religious excesses and violence as a sign of the weakening of religion, rather than its increasing strength. With ardent believers of religion seeming to be at the center of many dramas in the news today, from regional wars and terror attacks to local disputes and battles over rights to marriage and other social issues domestically, many feel that there is a surge in religious belief. The author feels just the opposite, noting that the paradoxical growth in incidents of religious tension and dispute reflect the "death throes" of religious belief as a dominant power in society.

He compares current times to Europe of the Reformation Era when Catholicism was losing its powerful dominance in political and social power. The Church lashed out ferociously as it "became very vigorous in its demise. Those were death throes that caused the awful wars in the 16th and 17th century because they were losing their power and struggling to keep it."

He notes similarities in the past to current social trends of globalization that may tend to make "Islamic parts of the world feel very under pressure, very threatened by what to them must seem the awful morality off the back of western style globalization, that the irritation and the frustration has ratcheted up."

As people interact more and more with other people around the world, online and in person with increased ease of travel and communication, it is imperative that people find areas of common ground to share experiences to bring them together despite different beliefs and cultures.