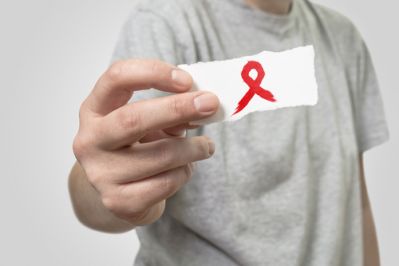 According to the CDC, the number of HIV diagnoses in the United States are declining. Some experts believe that the prevention efforts are working, but progress is uneven. One of the biggest concerns in HIV/AIDS is among senior citizens and baby boomers. September 18 is National HIV/AIDS and Aging Awareness Day (NHAAD), and it focuses on the challenges of the aging population in regards to the disease. Interestingly, it’s not just seniors living with the disease itself who are targeted.

How Does HIV Affect the Aging Process?

NHAAD first targets people over 50 who are dealing with HIV/AIDS as they age. Some people are over 50 at the time of their first diagnosis. About 20 percent of new HIV diagnoses in 2016 were people 50 and older. The NHAAD campaign encourages older adults to get tested for HIV. Many doctors don’t think about testing seniors for HIV. Seniors are often ashamed or afraid of testing. And sometimes, the normal aches and pains that come with aging will mask the symptoms of HIV.

There is more research needed to understand how HIV/AIDS will affect the aging process. Even though many people living with HIV go on to lead a long and healthy life, there is concern on how adults will be impacted if they contract the virus when they’re older.

Sexually transmitted diseases are often perceived to be a young person’s problem. HIV, AIDs, gonorrhea, chlamydia and syphilis can and do affect people of any age. NHAAD wants to increase awareness of HIV/AIDS by encouraging older adults to practice safe sex. The National Institute on Aging recommends the following steps to reduce the risk of getting HIV from a sexual partner:

Another phenomenon in the HIV/AIDS epidemic is the number of children who have lost their parents to HIV or AIDS. Grandparents become primary caregivers and guardians of these children. Seniors who thought they could be grandmas and grandpas are now having to act as mom and dad to the next generation. While many times it works out okay for all parties, there are challenges.

The older generation is often on a fixed income when they take on their grandchildren. Seniors may face their own health problems. Even if the senior is still in the workplace, it is expensive to raise a child in today’s society. HIV/AIDS affects the older generation even when they aren’t actually infected with the disease.

If you are concerned about HIV or AIDS, there are plenty of places you can find help. You can talk to your doctor or call your local health department. The Centers for Disease Control and Prevention offers a toll-free hotline at 1-800-232-4636 to help you find a local testing center. You may be able to find a site that will provide free HIV testing. Once you get the diagnosis, most centers will also provide counseling and other resources. Although there is no cure for HIV, there are treatment options that will suppress the virus in your system and help you live healthier.

Older adults need to be aware of how HIV/AIDs could affect their future.

health holidays and observances helping others