Lent: What Is It and Why Do People Give Things Up? 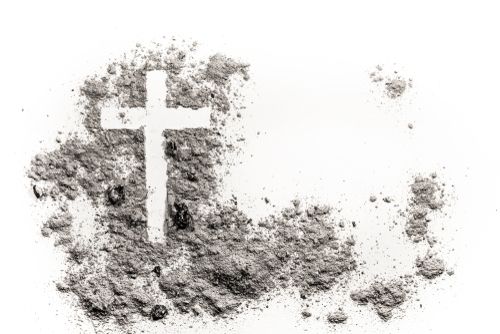 Whether you’re exploring a new religion or just curious as to why half your coworkers and acquaintances decide to fast at the same time every year, you may want to learn more about Lent. What is it, what is Ash Wednesday, and why do people give things up? While the whole concept may seem arbitrary to you, Christians and Catholics approach the period with a sense of purpose and anticipation.

The Purpose of Lent

In the most basic sense, Lent is a period of 40 days during which Christians and Catholics fast, repent and prepare for the coming of Easter. It begins on Ash Wednesday and ends on Easter Sunday. Lent is actually 46 days long, but because Sundays are not considered “prescribed,” followers count it as 40 days. Though it can be easy for followers to lose sight of why they engage in Lent, those who proceed with purpose use the period for what it was meant to be used: reflection and self-examination.

The Meaning Behind Ash Wednesday

Ash Wednesday may be another day you’ve wondered about. This curiosity may date back to when you were a child and some of your friends and schoolmates showed up with ash on their foreheads. While you may now understand that the practice you then thought of as strange has a religious basis, you may still not fully appreciate the purpose.

The idea behind Ash Wednesday is that the scattering of ashes serves as a reminder of one’s own mortality and awakens the urge to repent. In the early days of the church, Ash Wednesday was the day on which sinners who desired readmittance to the Church would begin their public display of reparation. Today, the church asks all followers to reflect on their own sins on Ash Wednesday and to leave the ashes they receive on their foreheads as a sign of humility.

Ash Wednesday is a day of complete fasting. On this first day of the Lenten season, everyone abstains from meat and snacks. There are other foods all followers must also abstain from throughout the entire season. However, everyone chooses one self-chosen (or several) food, habit or hobby to give up. The thing one chooses to give up is typically an indulgence.

The Reason for Fasting

The reason people give things up for Lent is simple: Doing so demonstrates a person’s ability to endure the temptation of Satan. During Lent, Christians and Catholics can focus more on their relationship with God than on material possessions or earthly desires. Though many people choose to give up tangible items, such as food or television, some choose to give themselves up to volunteering.

You don’t have to be religious to observe the Lenten season. Though a Christian holiday, everyone — secular and non-secular alike — can benefit from a bit of personal sacrifice. Some reasons to observe Lent regardless of your religious affiliation (or lack of it) include the following:

Lent may be a Christian holiday, but it’s one that everyone can benefit from. Religious or not, use this season to reflect, repent and become a better version of you.