Is Religion the Ultimate Placebo? 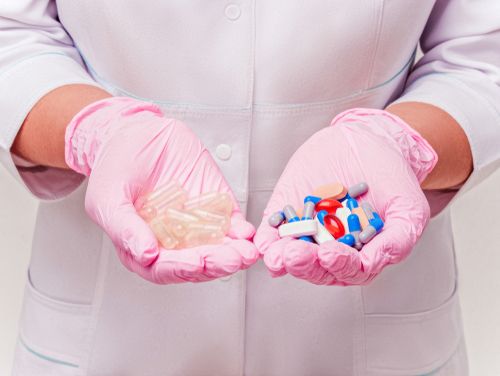 According to Forbes, there is the placebo, and then there is the placebo effect. A placebo is the archetypal “sugar pill” — a pill that holds no medical value whatsoever but still miraculously alleviates medical symptoms, such as pain and inflammation, in at least a third (sometimes more) of patients who receive it. The term “miraculously” should not be overlooked here, as research suggests that placebos produce a large category of responses — otherwise known as placebo effects.

Placebos run the gamut, and can range from substances to procedures to spiritual rituals. A person may induce the placebo effect through sugar pills, supplements, essential oils, herbs, yoga, meditation, acupuncture, homeopathy and, yes, prayer.

Some people might scoff at the idea that prayer can heal actual medical conditions, but there have been case studies over the years (thousands of years, to be exact) that suggest maybe prayer is more powerful than many people give it credit for. One such example occurred in 2008.

Per a report, a woman who lived with Huntington’s disease — one of the most devastating and as-of-yet uncurable conditions of modern-day — took a pilgrimage to Lourdes in the French Pyrenees. There, she said that the Virgin Mary spoke to her and told her she was cured.

After that, operating under the belief that she was cured, the woman showed a remarkable improvement in her health. The two neurologists who had examined her several times both before and after her trip found an almost complete elimination of chorea and dystonia (involuntary movement) and a 40% improvement of her overall condition between one week and three months after her return. The medical professionals were stunned, as Huntington’s has no known cure.

Of course, it’s important to note that the medical findings showed an elimination of her symptoms. The condition itself still existed, but her religious conviction was so strong, the intensity of her symptoms greatly diminished. Not to undermine the power of prayer, there is a scientific explanation behind this: Her belief that she was cured reduced her anxiety over the condition, which is known to exacerbate symptoms.

Miracles, or Just a Physiological Response?

Over the course of history and throughout the world, many doctors have experienced firsthand at least one instance of miraculous healing that science cannot explain away. Does this mean that prayer really induces miracles, or is it indicative of our brain’s ability to influence biochemistry in the body’s systems? One hundred years ago, both healers and the healed may have said religious miracle. Today, however, as researchers learn more about both human biology and placebos, it seems that both religion and science owe more credit to the brain.

While not to take away from the power of prayer, research is beginning to show a common link between placebos and their effects. That link is the patient’s expectation and the perception of some health benefits. What this would mean in terms of prayer is that people pray with the expectation that doing so will boost their health in some way.

More Than a Short-Sighted Approach

Modern medicine often views placebos and their effects as hurdles to actual healing. After all, a patient who believes in the power of prayer may refuse to take medications or undergo procedures that may actually cure them. However, a deeper exploration into the molecular and biochemical underpinnings of placebo responses could prove to be invaluable. After all, placebos, somehow, catalyze the body’s self-healing capabilities for a diverse number of ailments, ranging in severity from minor chronic inflammation to cancer. Figuring out how to trigger this response on a personal level may serve to spare medical resources, reduce the need for invasive procedures and toxic drugs, and perpetuate true healing.