In Pakistan, Hindus Feel Pressure To Convert to Islam 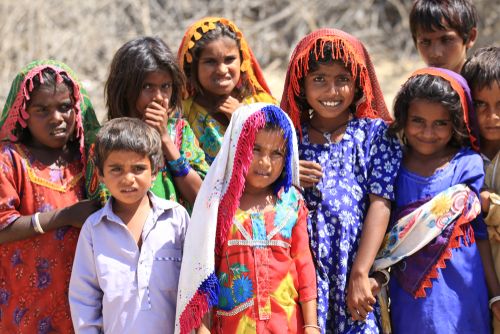 In Pakistan, a large majority of people belong to the Muslim faith. Even those who may not be particularly religious tend to practice strong Islamic traditions, which are a central part of the country’s culture. Like any country, however, Pakistan is also home to minority groups, and a portion of its population is Hindu. Unfortunately, these minority groups can be at risk of discrimination and oppression and may even be forced to give up their culture and heritage in order to survive.

Why Are They Converting?

In parts of southern Pakistan, several video clips of Pakistani Hindus converting to Islam went viral earlier this summer. There is some debate as to whether the conversions were voluntary, forced, or something in between. On one hand, it makes sense that Hindus living as a minority in a country may feel the desire to convert and join the majority cultural group that surrounds them. However, a much darker scenario arises when it becomes apparent that the minority group is changing their religious identity because it is the only way for them to survive and live a comfortable life in their home country.

More often than not, the decision to convert to Islam is made for reasons that don’t have anything to do with personal beliefs. By becoming a part of the majority group, former Hindu Pakistanis can increase their social status, gain access to better opportunities, and protect themselves from discrimination. Minority Hindus often live in poverty in Pakistan. With opportunities such as owning land and increasing their family’s economic status being held over their heads as benefits of converting, Hindus have begun to switch over to Islam in large groups, with as many as 100 people making the change at once.

Is This a Human Rights Issue?

Switching from Hinduism to Islam is no small decision. The two religions encompass very different schools of thought, and each comes with its own specific cultural traditions. For many Hindus, the conversion is an intense process, involving the changing of their given names to those that are more traditionally Islamic and undergoing circumcision in the case of men and boys. News reports from the neighboring country of India, which has a majority Hindu population, have stated that these conversions are forced and violate the human rights of Pakistani Hindus. While there is certainly some bias in these reports, it is true that Hindus are poorly treated and set apart as lower-class people in Pakistan.

One could justify calling the mass conversion of Hindus a human rights issue. However, the situation is more subtle than people being forced to change religions at gunpoint. In the end, for many Hindus, it is a conscious choice to give in to the pressures around them and convert of their own free will. The steady decline in the population of Hindus in Pakistan due to massive Islamic conversions has been exacerbated by the COVID-19 pandemic, which has put even more pressure on minorities to find opportunities to provide for their families in increasingly difficult circumstances.

The Future of Hindus in Pakistan

While not exactly the same as forced conversion, the social pressure that has caused many Hindus in Pakistan to convert to Islam is an unfortunate result of religious discrimination and economic hardship. In order to escape the marginalization that almost guarantees Hindus in the country will be trapped in poverty, hundreds are opting to convert. This often involves a major change in identity and lifestyle for Hindu families. Conversion is not so much a choice as it is the only viable option for many. It seems in their current situation they have no other options than to replace their personal heritage and beliefs in order to have a chance at a better life.