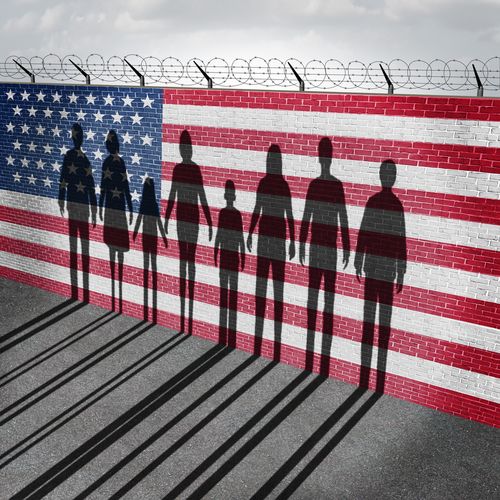 Historically, the United States has allowed for around 81,000 refugees to be admitted into the country every year. These are often religious minorities or similarly discriminated-against people fleeing from some of the worst situations in the world. Religious refugees often face intense persecution, poverty, violence, and death unless they can make it to a country that will accept them. Shockingly, in 2020, the limit on all refugees who will be able to find a home in the US has been capped at the historically low number of 18,000. Here’s a look at why this is and how it will affect refugees belonging to religious minorities in particular.

Who Are the Refugees?

More than a third of all refugees admitted into the United States are part of a religious minority group in their home country. Over half of these belong to Christian religions, while around 22% identify as Muslim. The remaining percentage is largely made up of Jewish and Hindu minority groups. Refugees often come from violent or underdeveloped parts of the world. Religious minorities in particular may be a target for mistreatment within their current country, which can force them to move unexpectedly with very little resources to help them relocate.

Why Aren’t They Being Let Into the Country?

So far in 2020, only 950 Christian refugees have been let into the country. For other religious minority groups, these numbers are even smaller. While it may initially seem like the COVID-19 pandemic or other complications of 2020 are a likely cause of the low numbers, this trend has been developing for much longer than one year. Since the beginning of Donald Trump’s time as president in 2016, the number of refugees granted admittance into the US has been repeatedly cut back. Under Barack Obama's presidency in 2016, the limit on refugees was as high as 110,000. Since Trump has been in office, that number has been lowered by as much as 90 percent.

The decision to allow fewer religious refugees may seem strange for the current government, which in many ways has been more supportive of religious freedom than its predecessors. However, the issue largely boils down to President Trump's views on immigration. The severe limits on refugees come hand in hand with increased efforts to keep other kinds of immigrants out. Illegal immigrants are of particular concern, but the process to enter the country has become increasingly difficult for those trying to go about it in a lawful way as well.

While the United States continues to limit the amount of aid it offers, there are more refugees in the world than ever before. It is estimated that there are around 26 million refugees searching for safe havens this year. Heartbreakingly, almost half are under the age of 18. Luckily, the United States is not alone in offering a better life. In 2018, Canada took over as the new world leader in the number of refugees welcomed into its borders. While the situation may change after the 2020 elections, for now, the United States has fallen behind in offering relief during what amounts to one of the biggest global humanitarian crises today.

Since the 2016 elections, the number of refugees allowed in the United States has been slashed to a fraction of past limits. Religious minority groups make up a large portion of those who are displaced. These refugees fleeing war, persecution, and other conflict may have to turn to other more welcoming countries as the United States refugee limits continue to drop. For now, the policies of the government in office continue to cut back these limits each year.