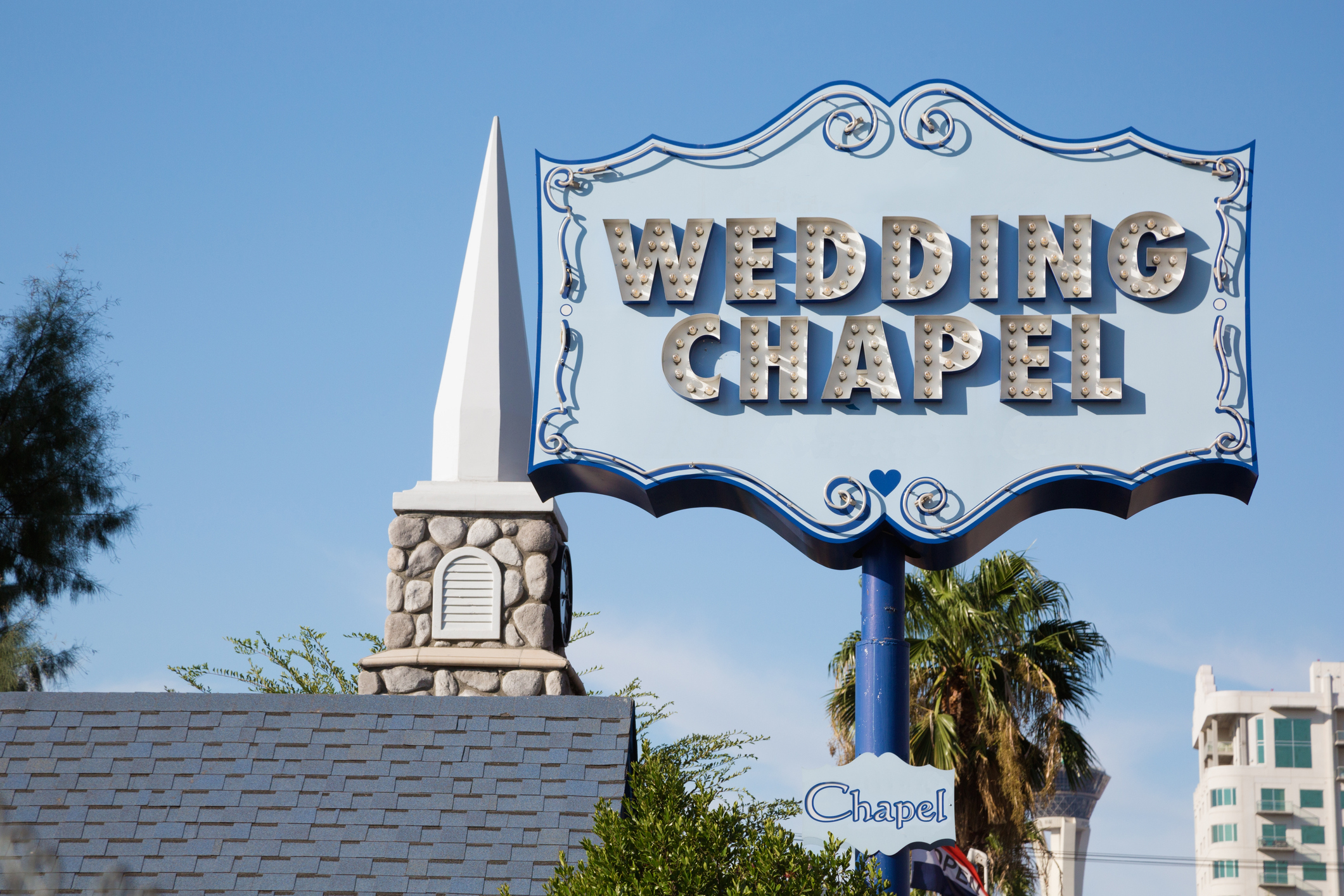 With nicknames like "Sin City," "The Gambling Capital of the World" and "America's Playground," Las Vegas may not seem to have much of a religious history, but there's more to Vegas than just weddings and gambling. The religious heritage of Las Vegas is rather short, considering that in some parts of the United States, it dates back to the early 1600s or earlier. However, there are some unique historic religious buildings in Vegas that demonstrate that it's more than just a town for thrill-seekers and tourists.

Little Church of the West

This chapel has a lot of history and is noted for its pop culture approach to marriage. It's been serving the area since 1942 and many celebrities have graced its doors. Notables such as Betty Grable, Billy Bob Thornton, Cindy Crawford, Judy Garland and Dudley Moore have all been married under its roof, and Elvis Presley and Ann Margret recited vows for "Viva Las Vegas" in the chapel. It's now listed on the United States National Register of Historic Places.

Las Vegas wasn't always the city we know today. It was once just a mail stop between Salt Lake City and Los Angeles. The Mormon Church settled here. This park remembers those settlers. The historic buildings were built by Mormon settlers and are considered the oldest non-Indian structures in southern Nevada. There are other historic artifacts housed here that give insight into the early days of this town.

This congregation is one of the oldest active churches in the Vegas area. It was founded in 1908, but the present building was dedicated in 1940. The stained-glass windows around the pulpit are breathtaking, and the landscaping is gorgeous. The church holds a Polish Mass every Sunday as well as many other ministries for tourists and local residents.

This Jewish congregation is the oldest one in southern Nevada. Jews lived in Vegas from the beginning of the 20th century, but Sunday School classes were held at someone's home. The community had to arrange for a cantor from Los Angeles to celebrate holy days. It wasn't until 1957 that the congregation officially became affiliated with the United Synagogues of America. The name changed from the Jewish Community Center to Temple Beth Sholom. The congregation quickly outgrew the first building. The current Temple was dedicated in 2000, but the 14-foot mahogany doors are from the original temple. Jerusalem stone lines the faÃ§ade at the main entrance. It's a beautiful building with a spiritually-active congregation.

This church is a Byzantine-style cathedral with beautiful murals reminiscent of European Orthodox churches. It sits on a 10-acre campus in the desert and is designed to complement the landscape. Although the church was established over 55 years ago, the current building was dedicated in 1992. The best time to visit is when the church holds their annual Greek Food Festival in September, but if you don't get a chance to visit then, you should see it if you're ever in Vegas.

This church serves the Roman Catholic faith, and it's located just off the Strip. The church opened in 1963. One of the most interesting things about the church was that it was designed by the famed African-American architect Paul Revere Williams, who designed many celebrity homes in Los Angeles. His clients included Frank Sinatra, Lucille Ball and Lon Chaney, Sr. The stained-glass windows are also famous, designed by Edith and Isabel Piczek, sisters from Hungary who have been honored by Pope John Paul II for their work. They have designed artwork for more than 500 different cathedrals across three continents.