Geological Evidence Suggests That Noah’s Flood Could Have Actually Happened 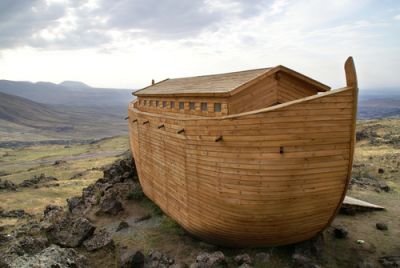 The book of Genesis in both the Hebrew and Christian Bible contains the story of God instructing Noah to build an ark so that he, his family, and two of every species of animal could escape the ravages of the coming worldwide flood through which God intended to destroy the rest of humanity. The Qur’an contains a duplicate story. Two even older stories, the Epic of Gilgamesh and the Epic of Atrahasis, likewise tell similar stories.

Given that all these sources describe an enormous flood in what would have been Mesopotamia (present day Iraq), scientists believe that such a massive flood actually occurred there sometime around the year 2900 BCE. The geological evidence supports this. But — and this is a big but — this flood was not truly worldwide. The waters covered only Mesopotamia, not the entire world. On the other hand, to the people living in the region at the time, Mesopotamia was the entire world. They knew of no other. Hence, what has come to be called the Noachian Flood really was worldwide as far as they were concerned.

Two major rivers, the Tigris and the Euphrates, flow through Iraq. The Tigris flows southeast while the Euphrates flows southwest. Ultimately the two rivers join together before flowing into the Persian Gulf. Numerous layers of exposed rocks show that flooding was not uncommon in ancient Mesopotamia. But one especially thick layer of flood debris (almost 10 feet thick) located near the ancient Sumerian city of Shuruppak (about 125 miles southeast of present day Baghdad) and dating to 2900 BCE, is the main evidence for the Noachian Flood.

Mesopotamian storms usually begin in the Mediterranean Sea, come across the mountains of Syria, Turkey, and western Iran, and then move southeasterly over Mesopotamia to the Persian Gulf. Beginning at a point about 81 miles north of present day Baghdad, the land becomes basically flat, making both central and southeastern Mesopotamia the perfect place for huge regional floods. In fact, this watershed area contains nearly 618 million square miles. The people of Noah’s time could indeed have thought the flood was worldwide. And it would have been deep, too, as much as 105 feet above the land’s natural levees.

According to the Bible, the Flood took about a year to recede. Given that the Mesopotamian geographical floodplain is so flat, floodwater would have had nowhere to go and it could have easily taken the land over a year to dry.

Add Mesopotamia’s geography to the fact that Noah, standing on the deck of his large Ark probably about 25-1/2 feet above the water, could not have seen further than approximately 15 miles in any direction due to the curvature of the earth, and you’ve got a worldwide flood, at least from his perspective. None of the unflooded highlands in present-day Saudi Arabia or Iran would have been visible to him. Thus his “whole world” indeed could have been flooded. Likewise for the tribal chiefs in the pre-biblical Babylonian chronicles of Gilgamesh and Atrahasis.

According to the Bible, the Noachian Flood began with rain that lasted for 40 days. Then the “world” was covered by water for 150 days (approximately five months), after which the water began gradually receding. By the 17th day of the seventh month, the Ark came to rest on Mount Ararat, a 16,854-foot-high mountain in present day eastern Turkey. Then it took another year, plus two months and 27 days, for the earth to become dry enough so that all of the Ark’s inhabitants, human and animal, could disembark. Given that the Ark would have been floating in an immense lake, as opposed to actually sailing down a river current, the scientific evidence confirms that such a flooding event could easily have happened.

There are tons of reasons to believe that Noah's flood was a literal event. Flood stories come from almost every culture. It makes sense there was a single source.