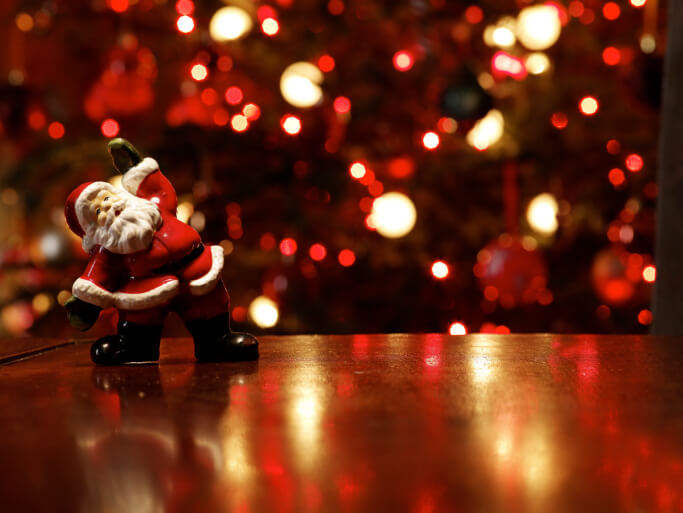 Christmas is a time full of different traditions that have been a part of many of our lives for as long as we can remember. Some of them are traditions within our families, while others are traditions observed by the majority of those who celebrate Christmas. Have you ever wondered where some of these common traditions come from? After all, Christmas Day itself has become a tradition. While most people use it to celebrate the birth of Christ, it's generally agreed that Jesus was not literally born on December 25th. So, what makes it the day we celebrate? Here is a closer look at some of the most commonly observed Christmas traditions.

Christmas has been celebrated on December 25th for centuries. In fact, it dates back to the 2nd or 3rd century when the date was written by the Romans. By the 4th century, it was the day that was celebrated worldwide. Despite the December 25th date, no one knows for sure when Jesus was born.

It's a tradition that gifts are exchanged on Christmas. During the holidays, you have probably noticed the rush at your local stores, with shoppers desperate to take advantage of deals so they can cross everyone off of their shopping list. Many assume we give gifts because that is what the wise men did when they visited Jesus. They brought him gifts of gold, frankincense, and myrrh. However, this tradition's roots actually lie in the Pagan beliefs. Children used to be given wax dolls at Christmas, which represented the humans who had been sacrificed to Saturn as a way of saying thanks for the good harvests.

Santa Claus came about in remembrance of Saint Nicholas, who spent a lot of time giving to the poor, particularly children. Saint Nicholas believed children should be enjoyed; however, children often had to work hard to support their families. Because of this, he would give them gifts of food, clothing, and sometimes furniture. However, he didn't always need to know where to leave the gifts so the children could find them. Legend has it that he saw the stockings drying over the fireplace and decided to leave the gifts there. From then on, children hung their stockings by the fireplace hoping Saint Nicholas would leave a gift inside of them. As time has gone on, it has also become tradition that Santa leaves a gift under the tree for children.

This gift is usually something the child specifically requested. It can be requested by the children when they visit him. Children can also write letters to be sent off to the North Pole.

Putting Up the Christmas Tree

Whether it's a fake one or a real one, you probably put up a Christmas tree during this time of year. Even if you don't, you have most certainly seen one in other people's homes or on display at stores around your town. Christians used to put up the trees to keep the devil away and also provide a place for birds to perch. They were often decorated with edible decorations; however, these days, they are usually adorned with lights and ornaments.

Holiday songs can often be heard on the radio or in the stores while you shop. Some of them are about the birth of Christ while others offer a more secular view of the holiday by focusing on the winter weather or Santa Claus. The religious carols originated in the 13th century and were sung at festivals and other community events.

These Christmas traditions may have some surprising origins. However, the combination of these things are what make the holiday the way we celebrate it today.