Crystal Healing: Is There Any Merit to This Trending Technique? 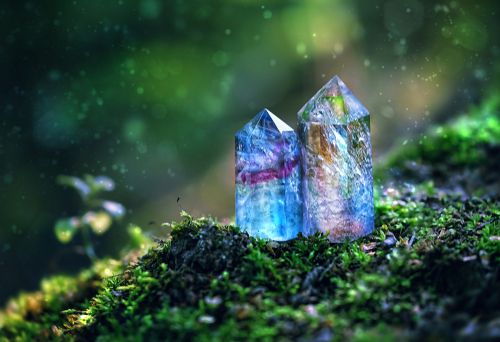 Whether you’re into alternative medicine or not, you’ve likely heard of crystal healing. Crystal healing refers to an alternative healing technique that involves using crystals and stones to cure disease and protect against other ailments. Supporters of this practice claim that crystals encourage the flow of positive energy into the body and push out negative, disease-causing energy. In short, proponents suggest that crystals act as conduits for healing.

Despite the fact that crystal healing has seen an upsurge in popularity in the past decade, scientists and medical doctors remain skeptical, with the overwhelming majority calling it a “pseudoscience.” Is this term accurate for the technique, or are researchers and MDs just being unnecessarily cynical?

What Science Has To Say

According to science, doctors and researchers are pretty on point when it comes to crystal healing, as there is zero evidence that suggests crystals can be used to cure disease. This is because disease is not the result of energy flow into or out of the body. Moreover, there is no geological evidence that suggests crystals differ in chemical composition, or that any one stone can treat a particular ailment.

While there is no scientific evidence that backs the efficacy of crystal healing, the few studies that have been done on the technique show it can have a placebo effect. What this means is that a person may feel better after undergoing treatment, but merely because of mindset and not necessarily because of any physiological change.

A 2001 study, the findings of which were presented at the European Congress of Psychology in Rome, attests to the theory that the power of the crystals really lies in the eye of the beholder. The study group consisted of 80 people, all of whom were asked to fill out a questionnaire regarding their beliefs in the paranormal. A short time later, researchers asked the 80 participants to meditate for five minutes holding either a counterfeit crystal made of glass or a real crystal made of quartz. Half of the group was primed prior to meditation on what to expect from the exercise, such as a tingling sensation in the arms, warmth throughout the body and vibrations.

After the five minutes were up, researchers asked participants a series of questions regarding how they felt during and after the exercise. Findings were similar across both groups, with many participants claiming to have felt “odd sensations” while holding the glass or crystal. However, the results varied when two additional control factors were taken into consideration. Those who entered the study with strong beliefs in the paranormal were two times more likely than non-believers to report feeling effects from the crystal, while those who were primed prior to meditation reported feeling greater sensations than those who had no idea what to expect.

The Power of the Placebo Effect

Though you’ll be hard-pressed to find a doctor who will recommend crystal healing for any ailment, most researchers and MDs can agree that there is a very real power in placebos. According to a professor of medicine at Harvard Medical School, the therapeutic benefits of placebos can be both genuine and overwhelming, and they should be promoted, not dismissed.

Many physicians seem to agree. A 2008 study published in BMJ showed that approximately half of all doctors admitted to having prescribed their patients a vitamin or over-the-counter pain reliever, even though neither was a common course of treatment for the reported symptoms. None of those doctors saw anything wrong with doing so and, in fact, believed that the practice of prescribing placebos was beneficial.

From a scientific standpoint, there is nothing to suggest that crystal healing works. From a psychological standpoint, however, there may be significant benefit for those who believe.

I am hoping to read this blog in the future to further my education after receiving my Honorary Doctor of Divinity degree from your store. But in the future, I hope I can expect a broader point of view (perspectives from both sides, not just one or the other). I do believe in science, but I do believe in metaphysics as complimentary to physics, not against it.

Please write future posts from the point of view of both proponents and scientists. This article is more biased and pointed in favor of ONLY scientists. I appreciate the honesty, however, that crystal healing can be beneficial to the 'believer'.