Big Religious and Legal Questions in the Supreme Court 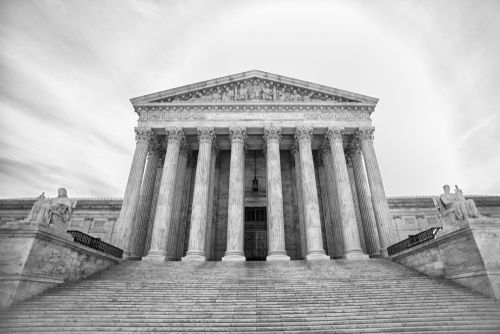 Two very interesting cases have been in the process of going through the Supreme Court in recent months. Both of them involve big questions about the intersection of religious and legal rights, and the outcomes may change the way religious organizations are able to run. As many religions involve some aspects that make them similar to businesses, there are certain rules they may be initially expected to follow; however, freedom of religion in the United States can create loopholes that allow these groups to do things that a regular business would not. While this can benefit many people who want to practice their faith free from government interference, it can cause issues as well. Both of these cases are examples of where the line of religious freedom and employee rights lies.

Posing an interesting question of when antidiscrimination laws can be bypassed in the name of religion, Our Lady of Guadalupe School v. Morrissey-Berru began as a result of the firing of elementary-level teachers from two California Catholic schools. The firing of the two teachers happened for different reasons but boiled down to the underlying reason that they were no longer equipped to teach in the same capacity as when they were hired.

One of the teachers who was fired after being diagnosed with breast cancer sued her respective school for an apparent violation of the Americans With Disabilities Act. The other, who had reached a certain age without retiring and was subsequently fired used the Age Discrimination in Employment Act as the basis of her legal argument. Both of the schools in question used an interesting argument to defend themselves — ministerial exception — which was based off of an earlier Supreme Court decision. The idea behind ministerial exception is that religious organizations should be able to choose who represents their religion and who may be exempt from certain employment laws.

The big question in this case is how far ministerial exception can go. It makes sense for churches to be able to pick and choose their employees. For instance, they should be able to limit hiring to members of their religion. But do these exceptions to employee discrimination laws extend to the point of firing anyone for any reason? The legality of the question will be addressed by the court.

Another addition to the divisive history of contraception and reproductive rights in the United States, Little Sisters of the Poor v. Pennsylvania deals with the question of whether religious entities should be required to cover birth control as part of the Affordable Care Act. The section of the Affordable Care Act in question is specifically referred to as the contraception mandate. On one side of the argument are the states of New Jersey and Pennsylvania, which are fighting to maintain the contraception mandate, ensuring coverage for employees of all organizations who desire access to birth control. On the other side are those who believe that any organization with an objection to contraception, either religious or moral in nature, should not be required to cover it.

Why These Cases Matter

Cases such as these matter for more reasons than just how the outcome will affect the organizations directly involved. The decisions made by the Supreme Court will lead to new laws that affect how religious organizations run for years to come. While both of these cases involve national laws coming into conflict with religious freedom, they cover different issues. The first case is mainly focused on employee discrimination, while the second brings up issues related to national healthcare and contraception.

The outcome of these cases remains to be seen but will permanently impact the United States policies that govern religious organizations. Whether the court decides for or against the defendants, the changes that happen as a result will be interesting to observe.