Old Claims about the New Testament

Bart D. Ehrman, a Biblical scholar has made the stale, albeit explosive, claim that the New Testament is forged in his aptly titled 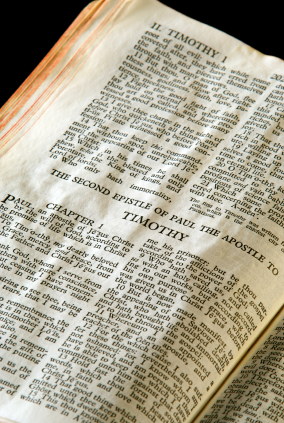 book, Forged. While some more devout Christian scholars have taken up virtual arms against Ehrman by releasing critiques, blogs and articles defending the Bible and refuting Ehrman's claims, most people seem generally unfazed.

According to Ehrman, 11 of the 27 books in the New Testament are forged. He cites the rate of illiteracy among Jesus' disciples and the inconsistencies in the Apostle Paul's writing style as evidence. Sometimes Paul wrote in the long sentences, for example the first sentence of Ephesians is 12 verses long, which were a far cry from his brief and generally pointed style. These facts make it far more than plausible, at least to Ehrman, that the New Testament was forged.

Ehrman's book was quickly challenged by those who would say that while Paul, among others, may not have written the books himself, he found a trusted scribe to do it. Or that some of Jesus' disciples were physicians and accountants, were extremely literate. Many, like Ben Witherington, Professor of New Testament Interpretation at Asbury Theological Seminary, concede that while forgeries do exist, these books are not among them. According to the faithful, this is just an attempt to sell books and could shake the faith of those who do not have alternate sources of information.

All of this aside, it does appear that the impact of this book is more sensational that the book itself. Reading through the comments on CNN's beliefÃ‚ blog on religion, this one by John Blake, there is a clear divide among the opinions of those who commented however one thing is clear:Ã‚ this book didn't change anyone's mind. People were either with, or against, Ehrman long before this book was published. While some claim this book is superfluous, God does not need to explain himself, others will claim these are not discoveries but instead common knowledge with a third group of people saying they have always denounced the Christian religion. There is little, if any, deviation from those three opinions.

So it would appear that this book does not, or has yet to, shake the foundation that many rest their faith on.

And now to those who have been shaken: Yes, should this book prove to hold more truth in it than the Bible it attempts to refute, it could seriously change the way people look at the Bible. Instead of it being God's words written by men to guide them through life, it is men's words written by men to settle disputes (thus guiding them through life). Either way, the suggestions (regardless of who they come from) are open to interpretation and debate. Either way, some people are going to take the suggestions more figuratively while others will take them as literal written words. Having the right and ability to question something does not denigrate it or change it. Just because something is in a book does not make it true, it is up to the reader to decide.

At the Universal Life Church Ministries, we welcome those who seek religion and those who seek to question it alike. For more information about how to become a pastor online or for more books on religion, please visit TheMinistries.org.