In a recent blog entry titled "10 Reasons Why Homophobia Makes No Sense (Part 1)", we attempted to refute five arguments used to justify homophobia and deny LGBT people equal rights. Here we will attempt to refute the remaining five. Certainly, there are more reasons why homophobia makes no sense, but, as mentioned in Part One of this blog entry, we simply don't have the space here to address all of them. However, we invite you to add to this list with your own reasons, whether on our Facebook discussion page or in our social network for ministers. Below are the remaining five arguments against homosexuality and their counter-arguments:

(7) "If we legalize gay marriage, what's next? Pedophilia? Man-dog sex?" 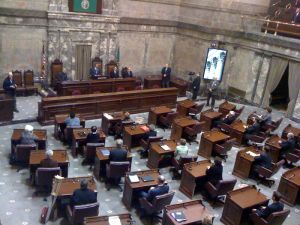 This is that famous "slippery slope" argument which states that if gay marriage is legalized, all manner of sexual deviancy will inevitably follow. This is simply false. Legalizing gay marriage does not logically entail that pedophilia or bestiality will become legal, too. The reason is that pedophilia, bestiality, and other forms of sexual abuse do not meet the common denominator for loving, committed sexual unions. That common denominator is consent between human adults. Gay marriage involves consent between human adults, while pedophilia and bestiality do not, therefore legalizing gay marriage does not entail legalizing pedophilia or bestiality.

(8) "There are more important things to worry about than gay rights."

Yes, there are probably more important things to worry about than gay rights (such as war, famine, and disease), but the things that you are thinking about are probably not among these. People who use this argument often claim that lawmakers should place higher priority on issues like the economy, education, and tax reform than on gay rights. However, this argument creates a false dichotomy, pitting these other issues against gay rights. It is not necessary to make a choice between either these issues or gay rights, but not both; it is perfectly possible to deal with these issues and gay rights simultaneously.

Besides, what if we decided, for instance, that the economy was slightly more pressing than education? This does not mean that lawmakers should only deal with the economy and shouldn't deal with education at all; it only means that the economy may deserve more attention relative to education. It is not the case that there is a choice between either the economy, or education, but not both.

And what if interracial marriage were still illegal? We would never say that the long-standing ban on people with different skin color marrying one another should take a back seat to temporary problems with the economy, education, or tax reform. We would immediately stand up and say that this violation of civil rights must come to an end once and for all.

Therefore, no, we do not have to pick between gay rights and other important issues. 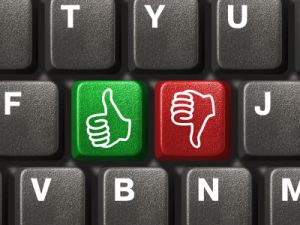 This is not necessarily so. The definition of democracy does not just include the concept of majority rule; it also includes the concept of equality. At root, democracy is about self-representation, not representing the interests of others (unless they have elected you to perform this role for them). It is only when an issue affects the interests of both the minority and majority of the public that the majority of the public have the right to vote, and rule, on the issue. Gay marriage does not affect the majority of the public; it only affects the minority. For this reason, it is unfair to put gay marriage--or any other gay right, for that matter--up to a public vote.

"But a majority of some form will still be ruling on gay marriage", you will probably say. True. Some form of majority will still ultimately rule on gay marriage---for example, when a majority on a panel of judges rule on the issue. However, there is an important difference to make between the public and the courts: the public are permitted to rule on the basis of their personal prejudices, but judges are obliged to impartially adjudicate the law, not to rule on the basis of their personal prejudices. So when a judicial majority rules on minority rights, they have to meet a set of criteria. These include constitutional amendments (like the 14th Amendment) which protect equality, including equality for gay people.

Of course, not all legislators will vote this way, but this isn't because they shouldn't; it is because they make mistakes.

It should be pointed out that the abolition of slavery was not put up to a public vote; nor were women's suffrage, black civil rights or interracial marriage. Imagine if slavery had been put up to a public vote: it is uncertain whether this abomination would have been eradicated. Thus, a thing is not right just because it is popular, and leaders who know it is wrong should represent reason, not their bigoted majority. So it is with same-sex marriage.

No, it does not. Identifying bigotry is not an act of bigotry in itself. Bigotry is the "stubborn and complete intolerance of any creed, belief, or opinion that differs from one's own", and "the actions, beliefs, prejudices, etc., of a bigot"; having a difference of opinion is mere disagreement or dissent. So, bigotry connotes intolerant zeal and prejudice. Murdering gay people, beating them, raping them, imprisoning them, giving them electro-shock therapy, and denying them civil rights because you do not agree with homosexuality fits the profile of bigotry far better than patiently and peacefully fighting for legal equality. So, no, if we compare homophobia with gay rights activism, it is hardly bigoted for gay rights activists to call homophobia bigotry. 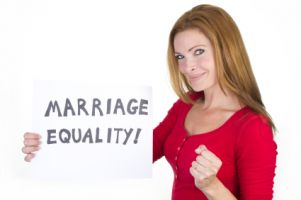 And those are just ten of the many reasons why homophobia makes no sense, and why the ban on gay marriage in Washington State, as well as in the U.S. federal government and around the world, should be repealed. Banning gay marriage only makes life harder for loving and committed couples, families, and children, whereas legalizing it would have no negative impact on the lives of heterosexual couples. If anything, it would improve the lives of heterosexual couples by creating more strong and stable families, which in turn would create a more stable society. From a utilitarian standpoint, then, banning gay marriage actually hurts more people than it helps. So, if we truly care about strong, healthy families and the positive trickle-down effect they have on society as a whole, marriage equality is a foregone conclusion. We are, after all, children of the same universe.