How To Ensure the Wedding is Legal 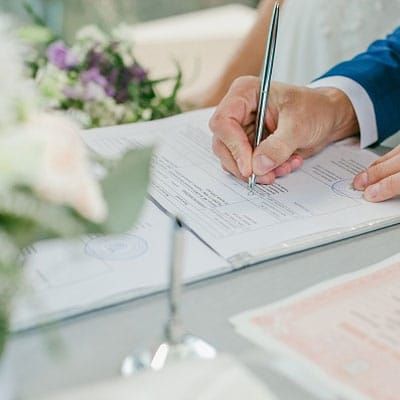 Among many other benefits, the Universal Life Church grants its members the power to officiate legal wedding ceremonies. By virtue of the rights granted to all citizens under the Constitution – regardless of their chosen faith system – our ordinations carry the same legal authority as those of any other religion.

But that doesn't mean you can just show up to a wedding, say a few words, and congratulate yourself on a job well done. The wedding officiant is responsible for ensuring the ceremony they perform is a legal one. This requires understanding all aspects of the process, as well as common pitfalls to avoid.

First things first: if you haven’t already, you'll need to become ordained as a ULC minister here on our site. This is a fairly simple process – just fill out the necessary information, press submit, and we'll process your ordination shortly. Keep an eye out for a confirmation email in your inbox; once you’ve received that message, you’ll officially be an ordained minister!

Wedding laws can vary greatly depending on your location, so the next step will be to consult our interactive Wedding Laws Map. Find the area where the wedding will take place, and read up on any specific requirements that might apply there.

Some states require ministers to fill out extra paperwork or register with local officials before performing ceremonies. If this is the case, you may be asked to present official documentation verifying your status as an ordained minister. 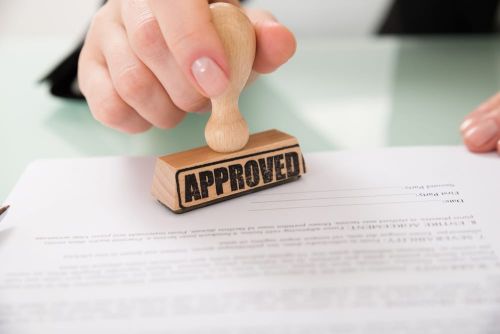 The most commonly requested item is the Credential of Ministry, which is included in the Classic Wedding Kit. Officials may also ask to see a Letter of Good Standing, which can be added to the package. Any other documents you might need – along with a host of useful wedding materials such as how-to books, commemorative certificates, and minister apparel – can be ordered online through the ULC Minister Store.

Note: even if an official minister license isn't technically required under local laws, due to the feedback we’ve received from our ministers, we generally recommend picking up a copy anyway. It can come in handy in a variety of situations, such as if you encounter a skeptical county clerk or an apprehensive family member. For those unfamiliar with the concept of online ordination, seeing a physical ordination certificate can provide much-appreciated peace of mind.

Now for the ceremony itself. This point often gets glossed over because it seems obvious to many people, but it’s important nonetheless. A legal wedding ceremony has two basic elements. The first is known as the Declaration of Intent (commonly recognized as the "Do you take…" and "I do" part). The other is the Pronouncement, where the wedding minister officially pronounces the couple as married. So long as the ceremony script includes those two essential parts, it will be legally binding.

Remember that different states have different rules regarding marriage licenses, so be sure to research those specific requirements. For example, in some places marriage licenses are only valid for a certain period of time, while in others they’re valid indefinitely. Understanding these rules prior to the big day will help prevent any mishaps.

A quick note: we advise referring any legal questions the couple might have to an attorney trained to handle such inquiries. We also recommend wedding officiants retain an attorney themselves in the event that counsel is required.

As the marriage officiant, your number one responsibility (beyond officiating a great wedding) is to make sure all the legal requirements are met. The last thing you’d want to happen is for the couple to hold a ceremony and later learn that it wasn’t official due to a completely avoidable mistake.

But not to worry – by following the simple steps laid out above, you’ll ensure that everything goes smoothly and the couple can head off on their honeymoon happily (and legally) married!