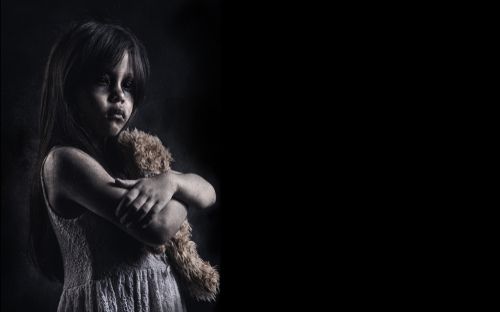 Hollywood may not necessarily idolize witchcraft, but it certainly fanaticizes it. From “Sabrina the Teenage Witch” to “The Wizard of Oz” to “Maleficent,” there are dozens of movies spanning several generations in which the lead characters are individuals with otherworldly powers. What’s more, these films are created in such a way that viewers not only don’t question these powers, but they also begin to desire them. While there might not be any harm in filmmakers’ positive portrayal of witchcraft, it’s important to know that it’s not accurate. Not only is witchcraft not all fun and games, but it can be downright dangerous.

According to an Independent report, nearly 2,000 children are the victims of witchcraft in the UK on an annual basis. This number has risen by a third in the past two years. Authorities, however, believe that the known number is just a fraction of the actual number.

Children become the victims of witchcraft when loved ones or guardians believe that a child has been overtaken by a demon or witch. Adults will then try to rid the child of the evil in one of several ways. According to the report, no tactic is too brutal for the “possessed” child to endure. Some tactics include burning, beating, drowning, starving, cutting and strangling.

Sadly, many children have died due to these extreme exorcism attempts. In 2000, an eight-year-old girl died after her guardians tormented and abused her for a prolonged period. In 2010, a 15-year-old boy lost his life when his sister’s boyfriend tortured and drowned him on Christmas day, to “cleanse” him. In 2010, a four-year-old girl was disemboweled by her mother after her mother accused her of being possessed. The girl’s father found the body. Authorities found the girl’s heart and other organs in different rooms throughout the home.

Exorcism Is a Global Issue and Not Always Founded in Faith

As more cases of child abuse related to witchcraft, faith and belief begin to crop up, it begs the question: Is there a real-world increase to the phenomenon, or are authorities just getting better at identifying and detecting it? While it would be comforting to assume the latter is the case, the truth is that faith-based abuse is difficult to identify, as it happens across multiple religions. In many cases, the abusers have no religious affiliation at all.

A survey of more than 1,300 police officers, teachers, social workers, religious leaders, medics and community workers revealed that only a third could spot signs of abuse. This is in large part because they don’t know where to look. Many abusers are hiding in plain sight, protected by their religious affiliation, outwardly good deeds or upstanding reputation within the community. Vulnerable children don’t seem vulnerable — rather, they appear to be well-rounded, well-cared-for youth, making it all the more difficult to identify them as victims of abuse.

Many Use Witchery as a Means of Explaining Away Bad Circumstances

Though there will never be a rational reason for torturing children, one inspector found that many cases of faith-based abuse are often linked to familial misfortunes. Such misfortunes may include illness, financial difficulties and divorce — situations in which children are often scapegoated.

One metropolitan police officer warns that so long as abuse related to witchcraft and demons goes misunderstood, it will continue to hide in plain sight. UK officials are working to educate communities and to implement ways in which to protect children and young people from further harm.

It is not uncommon for individuals to look to the spiritual realm for answers or explanations. Many times, the outcome of this is a strengthened faith in God or renewed devotion. For those who believe, however, there can be dire consequences for children.