Why Michael Curry Mattered Before the Royal Wedding 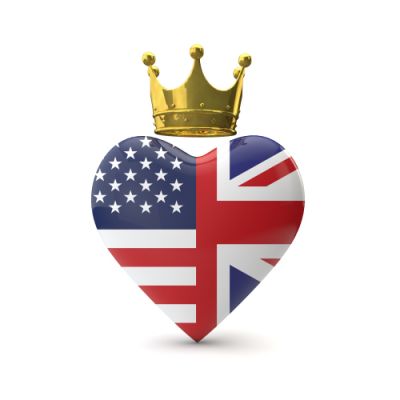 Bishop Michael Curry, the primate of the Episcopal Church, gave the address at the wedding of Prince Harry and Meghan Markle. If you didn’t get to see the wedding, CNN offers the full text of the wedding address, but here is one comment that sums up his words:

Someone once said that Jesus began the most revolutionary movement in human history. A movement grounded in the unconditional love of God for the world. And a movement mandating people to live and love and in so doing, to change not only their lives but the very life of the world itself. I'm talking about some power — real power. Power to change the world.

Curry only spoke for 14 minutes at the royal wedding, but his words have resonated across society. It’s said that he stole the show at the wedding. Some are even saying that he upstaged the bride. He brought the Episcopal faith into the foreground because he was so eloquent and on-topic on such a prominent platform.

The royal wedding may have put Michael Curry on the global stage, but Curry deserves to be recognized for so much more than speaking about love at a wedding between a man and a woman. He supports an inclusive church, even though the Episcopal Church was publicly sanctioned by the Anglican Primates for adopting support for same-sex marriages.

Who Is Michael Curry?

Curry was born in a Chicago suburb in 1953. He is descended from slaves and sharecroppers. He earned his undergraduate degree at Hobart College in Geneva, NY. His Master of Divinity degree is from Yale Divinity School. His education also includes studies at Princeton Theological Seminary, Wake Forest University and the Ecumenical Institute at St. Mary's Seminary.

In 1978, Curry was ordained as a priest in the Episcopal Church. He served parishes in North Carolina, Ohio, and Maryland before being elected as the eleventh bishop of the Episcopal Diocese of North Carolina in 2000. Curry was an activist for social justice, immigration and marriage equality as a bishop. It was this groundwork that would put him front and center when the presiding bishop post came open.

In 2015, Curry and three other bishops were nominated as candidates for the presiding bishop position in the Episcopal Church. Curry was elected by a 69 percent margin on the first ballot of the House of Bishops meeting. It was a nod of confidence in his leadership. Later, the laity and clergy would ratify the election. Curry is the first African-American to serve in the position.

At the time the Episcopal Church voted to affirm an official liturgy for the blessing of same-sex unions, Curry was not the presiding bishop. His installment to that post came after the Episcopal Church passed the resolution that removed the traditional definition of marriage between a man and a woman. Still, Curry had to deal with the fallout from these actions by the church.

Pushed Out of the Anglican Fellowship

Curry has maintained the stance of the Episcopal Church on same-sex marriage, even following sanctions. It’s surprising that he was invited to give the address at the royal wedding, considering the differences between the Anglican and Episcopal Churches.

Michael Curry deserved notice before he spoke at the royal wedding. He’s an outspoken minister who emphasizes the power of love through Christ, regardless of gender, ethnicity or sexual orientation.