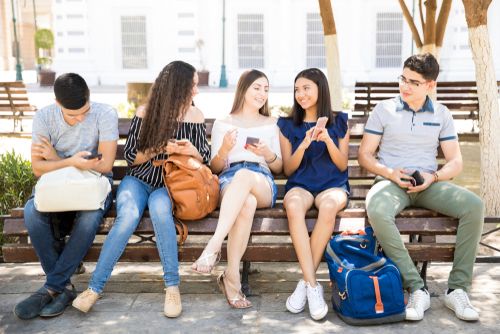 According to a Pew Research study, Generation Z is the least religious generation to date. Approximately one-third claim to have no religious affiliation, which is about the same percentage of millennials who also have no religion. Among Gen-Xers, Baby Boomers and the Silent Generation, however, only 23%, 17% and 11% of members have no religion, respectively.

Though the percentages of non-religious persons among members of Gen Z and Gen X are comparable, it seems that Gen Z has weaker religious ties than Gen-X. The Pew Research Center makes this conclusion based on the rate at which members identify as agnostic or atheist (21% versus 15%). Moreover, the majority of those belonging to Gen Z believe that religious attendance is not important. Why is this, and is it a bad thing?

Why More Young People Are Losing Their Religion

Though there are several factors that contribute to the lack of participation in religion among younger generations, the biggest influencing factor is upbringing. Past studies show that religious socialization is the main factor predicting adult affiliation. The decline in religious affiliation actually began back with the Baby Boomers. Since then, each subsequent generation has fewer numbers of households in which children are raised religiously. Those who do retain their faith approach it with a lackadaisical attitude. They may attend religious services but only sporadically, and they may celebrate religious holidays, but they generally do so out of tradition and with little comprehension of a holiday’s original meaning.

Another common reason Gen-Z and millennials shun the faith of their ancestors is because of their exposure to other cultures, religions and beliefs. Past generations lived in largely homogeneous communities, making it easy for members to hold and espouse their beliefs without challenge. However, society today is extremely diverse and swimming with varied perspectives. Research shows that cosmopolitan societies made up of peoples of diverse cultures tend to be less religious than smaller towns. Gen Z is the most racially, ethnically and religiously diverse generation in the United States.

Freedom of choice and expression also play a major role in religious affiliation or lack thereof. Young people are able to express themselves and their beliefs as they’ve never been able to before. This has translated to the decision for many to openly reject the traditions and beliefs of earlier generations without fear of consequence.

Finally, younger generations can access information and alternate viewpoints with a few swipes and a couple of clicks, something previous generations were unable to do. Exposure to global news gives young people insight into the activities of churches and religious organizations, many of which tend to shine a negative light on said parties. For instance, more and more, Christianity is becoming associated with intolerance, Catholicism with corruption, and Islam with extremists and terrorism. For many young people, these connotations can be a turnoff.

Turn From Religion May Not Be a Bad Thing

Older generations and religious groups might lament that the lack of faith among younger crowds can lead to wayward behavior, intolerance, promiscuity, vice and a number of other adverse effects. Findings from earlier studies may somewhat back these notions, showing that youth with higher religious commitment perform better on several social measures (drug use, depression, school and promiscuity) than those with weak to no religious affiliation. However, those results were strongly tied to active participation in religion and not religion itself, suggesting that they were really the result of growing up in a community of caring and involved adults.

More recent studies point out the many benefits of non-belief. Those include increased tolerance of those who are different and increased resistance to peer pressure. Though these benefits may seem trivial in light of those that religion offers, today’s increasingly volatile world may just benefit from them more than it would lack of vice or better performance in school.

Newer generations are turning away from religion in ever-increasing numbers. However, more open attitudes may actually do society some good.