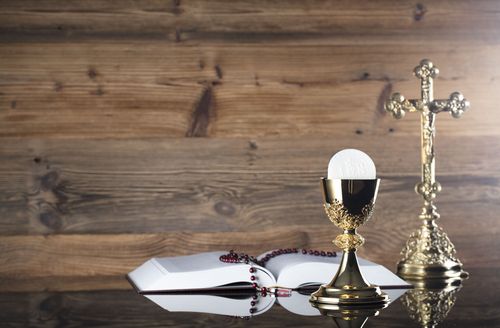 As more people move away from religion, you might think that the Catholic Church sees the least number of converts each year due to its oftentimes backwards beliefs, corrupt leadership and strict rules. However, though it is true that Catholicism loses the most followers of any traditional religion in the U.S. on an annual basis, it still sees about 30,000 converts in return. So when so many people are turning away from the church, who’s converting?

According to a 2018 study, there are three types of people who are converting to Catholicism. These people hail from across the nation, from Los Angeles to Seattle to Atlanta, and you may know a few of them.

Marriage is one of the most common reasons for conversion today, as many people wish to share the same faith as their spouse. It is common for nondenominational Christians, agnostics and even atheists to convert before planning to marry a devout Catholic. If you know someone who is planning to tie the knot this year, there’s a very good chance he or she is spending his or her weekends leading up to the big day taking classes.

For many people, the nine principles of Catholic Social Thought are appealing enough to warrant conversion. The Catholic teachings cover all spheres of life, including the personal, political, economic and spiritual, and hold human dignity at their center. The nine teachings are as follows:

Islam is losing followers at a rapid rate, and many of those wayward followers are converting to Catholicism. A major reason for the movement toward Christianity is ISIS. A common sentiment among converts is that “their (ISIS) God is not my God.” Muslims don’t want to be represented by what is undeniably a hate group, and many are risking ostracization by their communities and families to get away from the brutality of ISIS. Muslim converts are most common in America, though they are growing in number throughout the Middle East as well.

Adult Converts Are More Active in the Church

It’s interesting to note that those who convert to Catholicism as adults are much more likely to be active in the church than those who enter in infancy or youth. Findings from a recent poll show that adult converts are 14% more likely to attend Mass once a month than all other Catholics; twice as likely to go to confession at least once a year; 25% more likely to register with a Parish; and have more pride in their faith than non-adult converts.

Catholicism may not be the most popular religion these days, but people continue to convert — and, it appears, they’re proud of their decision to do so. If you’re thinking of changing your religion or taking up a new faith, it couldn’t hurt to look into joining your local Catholic church.