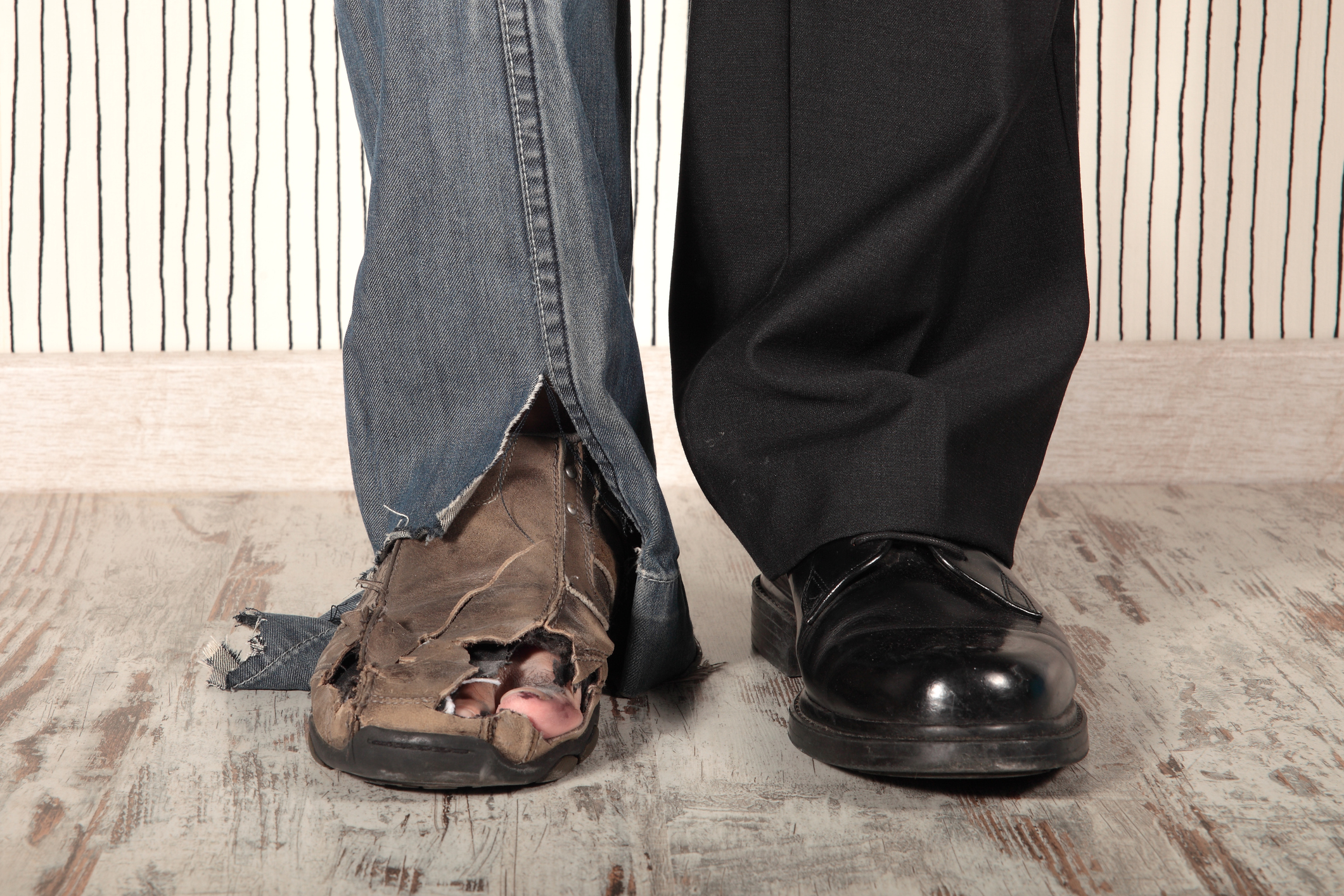 One of the most serious problems in the United States is poverty. Based on the U.S. Census Bureau's best estimates, the 2015 poverty rate is about 13.5 percent. When you do the math, that means around 43.1 million Americans are living in poverty. Over the past decade, the poverty rate has fluctuated between 11 to 15 percent. It was at its highest in the early 1960s. The record low occurred in 1973, at 11.1 percent.

Earlier this year, Rep. Jason Chaffetz (R-Utah) suggested that people should "invest in their own health care" instead of "getting that new iPhone." He doubled down on the point in a later interview: "People need to make a conscious choice, and I believe in self-reliance." Chaffetz is not alone in his worldview, but that doesn't make his belief right. It's a common idea that poverty is due to irresponsibility, laziness or immorality. If people just made better choices, they would not be poor. People need to try harder.

Although social welfare reform seems to back up those beliefs, research from social sciences demonstrates that those beliefs are a lie. The United States is no longer the land of opportunity that it was in the 19th and 20th centuries. It used to be that people could overcome almost any obstacle, provided they would work hard enough. Today's economy is much different than that of 100 years ago.

When people believe that poverty is due to immorality or irresponsibility, there's an underlying assumption that poverty cannot happen to them. About 33 percent of all Americans will slip below the poverty line at least once in a three-year period. While it is true that many of today's poor have access to more technology and amenities than they once had, they are generally struggling to pay for air conditioning, insurance and a car.

How Is Poverty Measured?

The 2015 poverty thresholds will help you understand how the government defines poverty:

Many people who hover at the poverty line are not necessarily destitute, but there is a stress that comes with having such a low income. Prices are rising faster than wages. Consider how much of your income goes toward housing. It's recommended that a person not pay more than 30 percent of their income on rent or a mortgage. If you make $2,000 a month, that's just $600 per month for your home or apartment. Think about your city and where you could find a place to live for that amount.

It's time to examine our worldviews about poverty and read the research. Some of the studies do show that the erosion of the work ethic and collapse of marriage has led to more children in poverty. But that only paints part of the picture. Many single parents want to work, but don't have the job skills to get a good paying job to provide enough for their family. Not every marriage is going to work out. One stressful event in a person's life, such as the loss of a job or an illness, can put a family into poverty.

Poverty might be about how much money a family has, but the outcomes of poverty should be considered. A family who is struggling to make ends meet isn't able to help the children with homework, leading to better opportunities after graduation. When families have to worry about paying for the electric bill, children cannot take up sports or the arts. Parents are stressed and unable to relax in the evening, which leads to less productivity on the job. Although there isn't an easy solution, it's time for some empathy and compassion toward those who are struggling to pay bills.