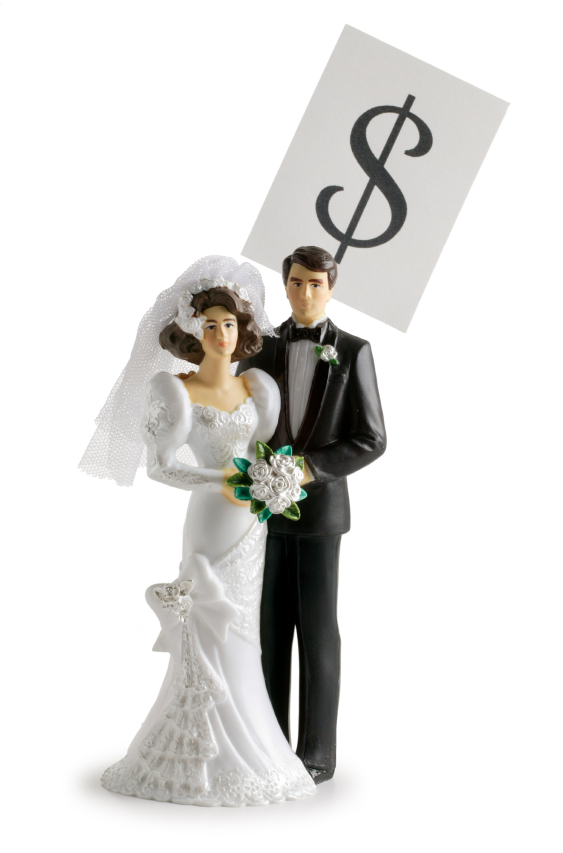 For most of the world, the month of May means a transition from spring into summer. It means the beginning of picnics and sunshine and 3 whole months of bliss. For the nearly 1 million women who will be getting married this year, May means one thing: wedding season. Over 40% of brides-to-be plan for their weddings to take place sometime between May and August. For the people and industries that help make weddings happen, this means Busy Season.

In 2010, the average cost of a wedding in the United States was $24,070. Sounds like a lot of money, right? Now compare this with the average American's salary of around $40,000. Crunch the numbers there, and you'll realize that for the 30% of couples who will be paying for their own weddings, one third of their combined yearly earnings will go into a wedding. We've all heard of the golden rule of engagement rings being that the groom should spend two months' salary on a rock, but when did we decide that spending seven months' salary on a one night party was the norm?

50 years ago, the average wedding cost $1000. For those of you who enjoy a good statistic, that's a 2400% increase from 1960-2010. What is even more shocking is that in late 2007, arguably the climax of the Great Recession, the average cost of a wedding peaked out at an all-time high of $28,730. A year later, it would be back down around $21,000, but the truth of the matter remains the same: even in the wake of one of America's greatest economic downturns, the wedding industry remains resilient.

While it is not a far stretch to dub the wedding industry a proverbial cockroach, it has been undeniably changed. Couples may still be spending thousands of dollars on weddings, but they are also going about it with a different mindset. The recession changed the way people think about money. Now, the American people are far from the Ã¢ frugal' end of the spectrum (as a whole) but there have been noticeable changes in the way money is handled and interactions occur.

One way that Americans have cut back post-recession is through the technicalities associated with a wedding: from shorter guest lists to less extravagant center pieces to hiring a minister to preside over the wedding. However, there remain those people who refuse to compromise any of these little details, which results in a pricey event. For these people, one of the easiest ways to cut back without compromising the authenticity of any wedding is to not hire a minister. Now, skipping an officiant all together is not the best idea, but there is another way have a wedding performed without hiring anyone. Cue: the best friend, the sister, the crazy uncle, even the 1st grade teacher. Anyone who is of importance to the bride and/or groom and is willing to perform their wedding. With the help of organizations like The Universal Life Church Ministries, couples can have someone they love and respect get ordained online for free and officiate their wedding at virtually no cost. Some would argue that this money saving trick even enhances the feel of the wedding, and makes the atmosphere a more intimate and loving one, in which to solemnize a union.

If you would like further information about performing a wedding or having someone you know get ordained, you can check out our website for more information.