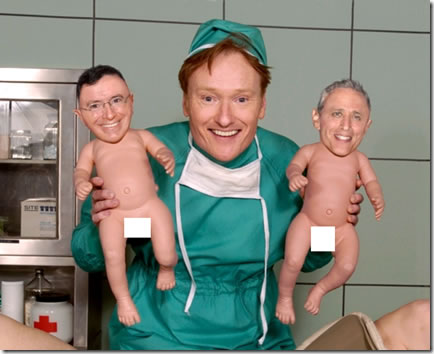 Conan O'Brien, the late-night talk show host and comedian, has been officially ordained by the Universal Life Church Ministries. As of October 21st 2010 he joins the ranks of our many celebrity ministers.

Conan O'Brien will be commemorating his one-year anniversary with TBS by officiating an on-air Gay wedding between two men. He has ordered the ULC's New York Same sex wedding package which includes all the necessary documents to perform a legal ceremony in NYC.

New York Magazine's Vulture blog `was first to report the article that the talk show host will be marrying one of his show's longtime staff members to his partner. They have yet to release when the actual nuptials will air.

It is reported by Conan's staffers that this is in no way meant to make light of gay marriage and is not to be seen as just a publicity stunt. We support all of our ULC Ministers in promoting equal rights for all and hope that his ordination and the on air ceremony with help to further the acceptance of same-sex marriage.