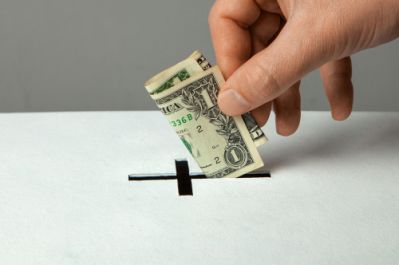 ChristianHeadlines.com reports that Dave Ramsey wants pastors to stop telling people who are broke to tithe. Dave Ramsey is the author of Financial Peace University, a trusted voice on American radio and a businessman who built his platform on beating debt, budgeting and leaving a legacy. Ramsey believes that pastors fail to address the inability of their congregations to handle money. Instead, pastors should help people learn to budget and get out of debt to have money to tithe and to give.

Do Christians Have to Tithe?

Tithing is mentioned in Deuteronomy 14 as making an offering of 10 percent. The Israelites were commanded to give of the produce that grows in the fields every year. In Genesis 14, Abraham gave one-tenth of the spoils of war to the king of Salem, Melchizedek. There are many instances in the Old Testament that speak to tithing. The Israelites gave to the priests, who in turn gave 10 percent to the high priest.

“The matter of your giving is between you and God, and He always takes into account our circumstances... The important thing is that we see giving as a privilege and not a burden. It should not be out of a sense of duty, but rather out of love for the Lord.”

In 2013, Christianity Today reported that only about 10 to 25 percent of churchgoers actually tithe. Most Americans give only about 2 percent of their income. Interestingly, one-third of tithers are debt-free, and 80 percent have no outstanding credit card bills. For non-tithers, only 13 percent are debt-free, and 60 percent are caught up with their credit card bills.

In a blog post at DaveRamsey.com, Ramsey posits the question, “Is it okay to put giving on hold when you’re throwing every extra dime at your debt?” His answer is “No.” Interesting response when he’s telling pastors to “quit teaching tithe lessons to broke people.” Maybe his website just needs to be updated.

“Each of you should give what you have decided in your heart to give, not reluctantly or under compulsion, for God loves a cheerful giver” (2 Corinthians 9:7, NIV).

Paul wrote the above to the Corinthian church. It suggests that tithing was not mandatory in the early church. However, giving reflects God’s personality. It’s hard to imagine a Christian who did not feel moved to give to the less fortunate. Even people who seemingly have nothing will give their best to others who are in dire need. Reflecting the character of God is deeply fulfilling.

Dave Ramsey is a phenomenal motivational speaker and teacher who has helped thousands of people get out of debt and live with financial security. He offers a lot of information on his website at no charge, plus he has his Financial Peace University course and tools that are fee-based. His books are usually available through local libraries and provide detailed information about the program without having to make a purchase. You can decide if it will work for you.

Does tithing matter? You have to determine your budget based on your own financial situation. It’s important to take care of your family by keeping the lights on, a roof over your head and gas in your car to get to work. Choose to give what makes sense for you, not what anyone else expects from you. It’s okay to set boundaries on your finances. You shouldn’t feel guilty if you don’t tithe. Christianity isn’t about guilt and shame. It’s about the belief in God and his son as savior. Let’s hope pastors get Ramsey’s message.