The Role of Doubt in Faith 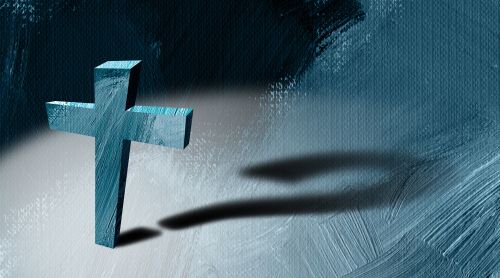 Many believers fear doubt. This feeling of uncertainty or lack of conviction can certainly be unsettling, particularly when no one with whom you worship seems to have the same struggle. It can be especially upsetting if faithful friends you trust respond as if it is a problem to be fixed or an issue to be resolved. Doubt is often viewed as simply an absence of faith, but allowing for a broader interpretation of this experience can have several fruitful consequences.

At the beginning of faith, new believers tend to view their whole world through the lens of their spiritual tenets. They immerse themselves in the stories of their chosen tradition. During this stage, they also learn strategies for engaging in aspects of the faith from those who share it:

They learn to defend their faith to others. At some point, however, they hit a roadblock. New believers soon run into a problem that they can't solve or a prayer that isn't answered. Doubt disrupts the illusion of control that many people confuse with faith.

Once these limits are recognized, doubt opens the window to a broader understanding. New believers tend to focus their attention on how the perspective of their religious convictions tempers their worldview. When those convictions waver, they are freed to examine how their religious fervor fits into a larger way of seeing things. For example, they may look to science for further understanding in areas where theology is vague or inconclusive and, by doing so, enrich their appreciation of the natural world and, by proxy, its creator. Contrary to common assumption, doubt doesn't always erase faith. Often, in fact, it enhances it.

"Why would God let this happen?" This is a common cry heard when someone experiences pain. A mistake people of faith often make when such a question is posed is failing to see that it's probably rhetorical. It is unlikely that the person grieving a lost loved one is wanting to enter into a deep theological discussion about the juxtaposition of God's sovereignty and humanity's free will at that moment. More often than not, this question is a lament of uncertainty, such as the ones expressed in the Psalms. Those who have experienced similar doubts often know better than to answer with anything other than "I don't know" and the compassion of a listening ear. When you do not give in to the compulsion to explain hard circumstances with a faithful quip to confirm God's omniscient control, you allow room for real grief to be expressed.

Historically, wars have been waged by religious zealots. Even if differing opinions don't result in members of modern faith communities coming to blows, strong, unflappable convictions tend to breed mistrust and suspicion. Coming to terms with doubt, however, forces believers to embrace a certain measure of humility. Relieved of the certainty that their own faith has the superior claim to connection to a deity, they may be more receptive to learning from people whose traditions are not like their own. Developing a mutual respect can not only build understanding but may also have other more tangible outcomes. When faith communities join together to look for common goals, they can more easily appreciate their differences and find ways to have a greater positive impact on their cities.

A strong faith is something to which many people of faith aspire. Doubt does not have to hold the dread that it often inspires in many believers. Rather than inevitably weakening faith, doubt often is the very path that believers take to a deeper and more satisfying faith experience.

My doubts and health challenges have lead me to search for a deeper Spirituality than conventional religions have given me in the past. I was able to reduce the clutter of dogmas and look more inwardly for my path. In turn this has opened up my tolerance and understanding of more universal truths and practices that I can share with others. - Todd