The Golden Rule Should Trump Politics 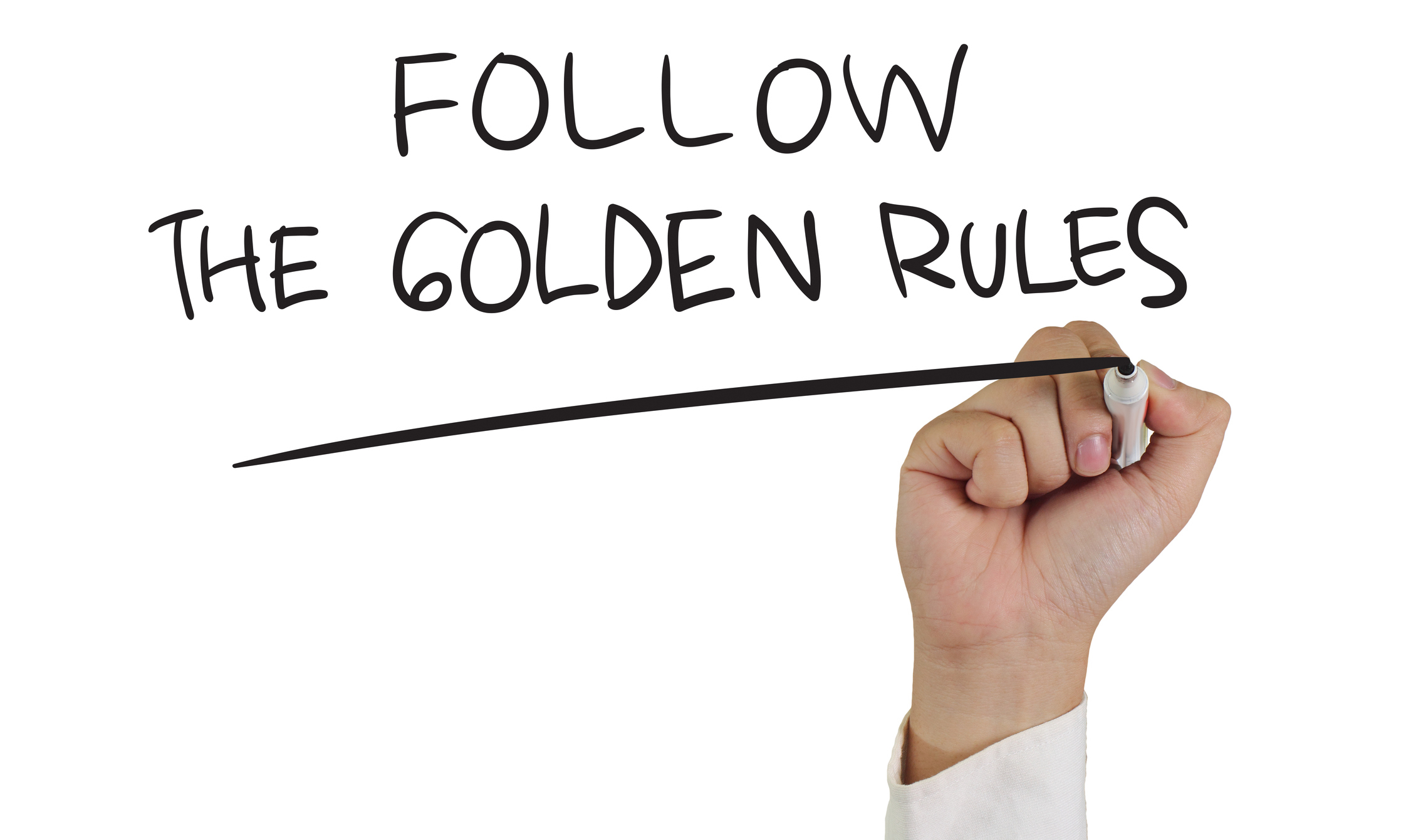 Last week, in North Carolina, a Starbucks barista reportedly bullied a customer who was wearing a t-shirt that supported President Trump. This isn't the first time a customer has been bullied for their political beliefs. Both parties are guilty. Conservatives refuse to sell a wedding cake to a gay couple. Restaurant patrons reportedly won't tip wait staff because they appear to be undocumented workers. Acting poorly because you don't agree with someone's political stance or discriminating against another person for sexual orientation should not be acceptable. This isn't just the point-of-view of the ULC, it's the law of reciprocity.

You probably know it better as the Golden Rule, or a principle in which you treat a person as you want to be treated. In the Bible, it can be found in the gospels and in the letters of Paul. Here it is from Luke 6:31, "And as ye would that men should do to you, do ye also to them likewise." But this maxim isn't limited to the Christian faith. It can be found in many other religions, even though it is sometimes in the negative form, "One should not treat others in ways that one would not like to be treated."

The Golden Rule dates back further than the New Testament. Scholars have found an Egyptian reference to the maxim of reciprocity in what they believe is from c. 2040 through 1650 BC. It's also found in the Old Testament, in Leviticus 19:18, "Do not seek revenge or bear a grudge against anyone among your people, but love your neighbor as yourself. I am the Lord."

Isocrates, an ancient Greek rhetorician, posed it this way, "Do not do to others that which angers you when they do it to you." He lived from 436 to 338 BC. Seneca the Younger, a Roman advisor to Nero, expressed the Golden Rule this way, "Treat your inferior as you would wish your superior to treat you." He wrote about the way masters should treat their slaves, but the advice is sound today.

Buddha wrote, "Hurt not others in ways that you yourself would find hurtful." The Hindu faith has a saying, "If the entire Dharma can be said in a few words, then it is that which is unfavorable to us, do not do that to others." In Sikhism, another eastern religion, "Precious like jewels are the minds of all. To hurt them is not at all good. If thou desirest thy Beloved, then hurt thou not anyone's heart." It can also be found in Jainism, Taoism and Confucianism.

Many humanists claim that the Golden Rule is a basic principle for anyone, not just those who have a spiritual belief. Adam Lee wrote, "Do not do to others what you would not want them to do to you [is] the single greatest, simplest, and most important moral axiom humanity has ever invented, one which reappears in the writings of almost every culture and religion throughout history."

Some scholars believe the concept of the Golden Rule is the basis of all human rights. Each person has the right to expect just treatment in the world and there is a responsibility to make sure justice is had for others. The maxim of reciprocity steps above politics.

We have a responsibility to treat others in a manner we would expect to be treated. You may not approve of someone's religion or politics, but that doesn't mean they deserve disdain from you. If we want to understand others, we have to find common ground and respect. The Golden Rule is a great place to start, no matter what your religious beliefs are.